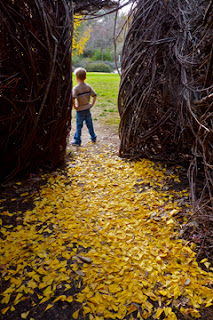 Yesterday I started a new 6-week class called "Secret Splendor" based on the book of the same title by Charles Earnest Essert.  The first surprise was that the homework included meditating 40-minutes per day, ideally in two 20-minute sessions.  I've been wanting to develop a regular meditation practice but didn't know it was going to be part of this class.  Ask and ye shall receive.

The second surprise came when I started reading the book.  At my age, with as much as I've read through the years, not all that much surprises me ... but this book did in the very first pages.  Perhaps it was such a surprise because I'm also in a small spiritual book club and we're reading Buddhism Plain & Simple by Steve Hagen.  In that book we are focusing on impermanence and the constancy of change.  Secret Splendor states that at the Soul level, there is no change.  Essert states:


"The possibility of change is precluded by the very nature of infinity;  it could not become less, nor more, nor could it undergo any kind of a transformation since the "less" and the "more" and all other possibilities are contained within it."

I have spent an interesting few days since I first read this trying to comprehend how these two relate to each other and the closest I can come is two metaphors.  The first is the Ultra Deep Field experiments of the Hubble telescope.  In 1996 and again in 2004, astronomers pointed the Hubble telescope at "nothing" ... at two empty points in the solar system.  Both times the images that developed after 10 days revealed thousands of galaxies that were previously unknown.  My guess is that, with even more powerful telescopes, we might point at one of the empty spots in those pictures and find more galaxies even further away.  Infinity truly means infinite, without end. (The video below is the very interesting story of the Hubble experiments.)

The other metaphor is a bit of leaf falling on a pond.  The bit is so small that it doesn't even make a ripple yet to a mosquito larvae, it might seem like a tsunami.  We are such small bits in the infinitude.  While our world seems tossed and turned with change, the infinity, the Core of Being, does not change, is not changeable.

I think this is going to be an interesting class.

About the image:  This photo reminds me of all the splendor we don't see because we're looking in the wrong direction.