What Would You Wish For? 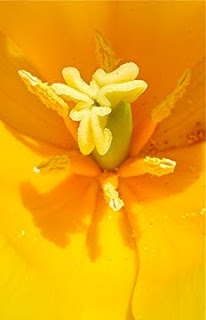 The TED (Technology, Entertainment & Design) Conference offers a prize to people who want to change the world. The winner for 2010 is Jamie Oliver who wants to change the way we feed our children. There is more information below about Jamie and about the prize here.

But the question we'd like to ask you is ... if you had one wish to change the world, what would it be? (Perhaps if it's big enough, or you are passionate enough, you might be a candidate for the TED Prize.) Please put your wish in the comments section below.

Some of Jamie Oliver’s key achievements:

At the heart of Oliver’s work is an assault on the obesity epidemic: The CDC states that one in four Americans are considered obese. It is estimated that 43 percent of Americans, or 103 million people, will be obese by 2018. The cost of this epidemic, anticipated to reach $344 billion per year. It currently accounts for almost 10 percent of the yearly US health care costs, and that rate will rise to 21 percent by 2018. WHO’s latest projections indicate that globally in 2005 approximately 1.6 billion adults were overweight and projects that by 2015, that figure will rise to 2.3 billion.

From the New York Times: “…this British celebrity chef has made it his mission in recent years to break people’s dependence on fast food, believing that if they can learn to cook just a handful of dishes, they’ll get hooked on eating healthfully. The joy of a home-cooked meal, rudimentary as it sounds, has been at the core of his career from the start, and as he has matured, it has turned into a platform.”