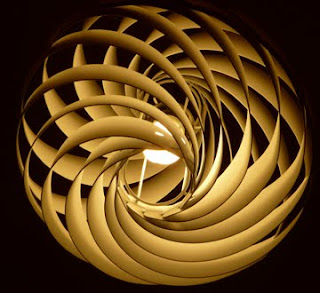 One of the blessings of this year has been my re-entry into the world of blogging ... this time just for personal expression and enjoyment. As I've gotten more involved in blogs though I've wondered: What happens when everyone in the world has a forum to share their thoughts, ideas, feelings, darkest secrets and most trivial activities? Chaos? Rampant misinformation? Or "the Wisdom of the Crowd?" The answer may be all of the above but it's definitely a new world. It's almost impossible to get a firm handle on the statistics for this electronic world. Technorati has indexed over 133 million blogs (however 60-70% last less than a month) but here are some of the most recent ones from the 2009 State of the Blogosphere (a sampling of professional and hobbyist bloggers):

Motivations of bloggers:
* 70% of all respondents say that personal satisfaction is a way they measure the success of their blog
* Bloggers are most likely to describe themselves as “sincere” (75%).
* 16% describe themselves as snarky.
* 71% say they blog at least in part in order to speak their minds.
* 72% say they blog in order to share their expertise.
* 61% say they blog in order to supplement their income.
* 53% of professional bloggers are interested in attracting new clients from blogging.
* 72% of those who are self-employed and blogging are interested in attracting new clients.
* 19% are concerned that their employers might disapprove of their views on their blog.
* For most bloggers (81%), even if the economic downturn has disrupted lifestyles or lives it has not changed the kind of topics or themes they write about.
* 63% of respondents say that blogging has led them to become more involved with things they’re passionate about as a result of blogging.
* Respondents report that blogging has had chiefly positive impacts on their personal lives; just 6% say that relationships with friends or family members have suffered as a result of blogging.
* 42% have become friends with someone they’ve met in person through their blog.
* 15% say that they have more executive visibility within their company as a result of blogging.
* 57% say that their future plans include blogging even more (including 74% of 18-24 year olds).
* 35% – including 43% of part-timers – plan to one day publish a book.
* Part-Timers, Pros, and Self-Employeds are blogging as much as or more than ever (73%, 76% and 80%, respectively), while Hobbyists are blogging somewhat less.

The how of blogging
* 15% of bloggers spend 10 or more hours each week blogging.
* One in five bloggers report updating on a daily basis.
* The most common rate of updating is 2-3 times per week.
* When looking at bloggers by Technorati Authority, higher Authority bloggers are much more prolific content creators, posting nearly 300 times more than lower ranked bloggers.
* The majority of blogs use tags (85%).
* Bloggers are very familiar with the technology they use to publish on the Internet – only 2% of all respondents say that they don’t know how their blog was built. (This data confirms “geeks” are the new influencers.)
* 13% say that they built their blogs themselves from scratch.
* 59% of respondents use a free third party hosting service.
* 82% of respondents say that they post photos to their blog, making images the most popular form of multimedia.
* 13% of all respondents say that they never post any images/videos/audio to their blogs, preferring to just use text.
* Of those who use media other than text, 73% say that that they also create the photos, video, or audio they post themselves about half of the time.
* 75% of those who use syndication syndicate full content.
* 20% of all users report having updating their blog or adding content from their mobile device.
* 59% percent report doing so at least somewhat more this year than they did last year.
* Fewer than 10% of bloggers say they don’t know the traffic to their blogs.
* Bloggers participate in an average of 5 activities to drive traffic to their blogs.
* On average 27% of a blogs page views come as referrals from a horizontal search engine.
* 74% of all respondents use a third party service to track their site traffic. Google Analytics is by far the most popular tool in the space.

Blogging revenues
* 72% of respondents are classified as Hobbyists, meaning that they report no income related to blogging
* Of those who have monetized their blogging to at least some extent:• 54% are Part-Timers• 32% are Self-Employeds• 14% are Corporates
* 15% say they are paid to give speeches on the topics they blog about.
* 51% of Corporates – 58 respondents – report receiving a salary for blogging.
* Evaluating positive and negative cashflows, the mean profits for blogs with reported revenues is $57,369.20.
* 89% believe that it is important that the advertising placed on their blogs align with their values.
* More than 2 out of 3 bloggers monetizing their sites leverage self-service ad platforms.
* Comparing 2008 to 2009 there has been a 68% increase in the number blogs with ad tags installed.
Blogging brands
* 70% of bloggers are talking about brands on their blog organically.
* 46% of respondents post about the brands they love (or hate).
* 38% post brand or product reviews.
* Part-Timers, and Self-Employed bloggers are talking about brands at a much higher rate (80%), with one in three posting reviews at least once a week.
* 71% of all respondents who maintain blogs for a business – their own or one they work for – report that they have increased their visibility within their industries through their blogs.
* 56% say that their blog has helped their company establish a positioning as a thought leader within the industry.
* 58% say that they are better-known in their industry because of their blog
Twitter and blogging
* Just 14% of the general population use Twitter – but 73% of respondents in the 2009 State Of The Blogosphere survey do.
* 52% syndicate their blog posts to their Twitter Account, and 41% do so while also posting tweets that are not associated with their blogs.
* 26% of bloggers who also use Twitter say that the service has eaten into the time they spend updating their traditional blogs – though 65% say it has had no effect.
* 35% of those who do not use Twitter say it’s because they do not understand the point . And 54% report that they don’t feel the need to broadcast their life, despite the popularity of “personal musings” as a blog topic.
* Blogs with greater than 100 page views a day received on average .83% of their page views from Twitter referrals. This referral percentage was constant as the audience size of the blog increased.
Posted by Joyce Wycoff at 6:10 PM