Do you love me? 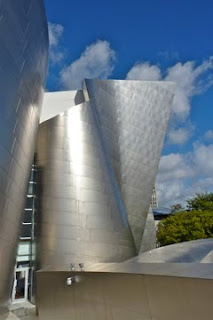 The past month has begun to feel like a rolling therapy session as I have moved through a series of deep conversations with friends, each one peeling back another layer of the onion of my psyche. My friend Emily is a counselor and she is particularly adept at spotting the clues of deep imprinting and helped me recognize a couple of "zero order beliefs" related to my childhood. I thought I'd already plowed that fertile ground and was surprised to find that it could still surprise me.

The concept of zero order beliefs comes from a book Darryl Bem wrote in 1970 titled Beliefs, Attitudes and Human Affairs. Bem describes these beliefs as "primitive" stating that they are the underlying beliefs that rest on actual sensory experiences or on an external authority. Often created in early childhood, these generally unrecognized and unquestioned beliefs form the foundation of the higher order beliefs and values that influence and direct our lives.

The primitive belief that surprised me came through my mom who spent the last three years of her life in a nursing home confounded by diabetes-related dementia. She was a red-head with a razor-edged temper and an acute sensitivity toward real or perceived slights. She grew up in a tough world and lived her life ready to fight. But dementia erased the harshest memories and softened her, eventually reducing her to one question: Do you love me? She asked this question of anyone who came into her presence and toward the end repeated it endlessly to my dad, desperate to fill the bottomless emptiness in her heart. She clung to him as if her very being depended on him.

With Emily's skilled and gentle guidance, I recognized how that same question had spiraled itself deeply into my own core, creating a belief that I need a man, a husband, to love me, to make me feel worthy and whole. The irrationality of it surprised me. Intellectually I don't believe that ... or at least I don't want to believe it. I want to be a strong, independent woman, capable of loving myself, capable of being ... or not being ... in a relationship without losing my self. But, when I unravel my life and look closely at my actions, they tell me a different story, a story of someone who lived my mom's question and was too willing to give away her self and her identity in return for the love of a spouse.

It's embarrassing to find this shadow aspect of myself. It's everything I don't want to be. I'd like to just slide it back under the rug, out of sight and definitely out of mind. But, there's no place to put it where it won't keep working its powerful, dark magic. It needs light, to be seen, to be recognized for what it is, simply a belief, a belief that I can now choose to keep or abandon. It reminds me of Waylon Jennings when he croons, "I was looking for love in all the wrong places ... Looking for love in too many faces."

The Universe returns my mother's question to me but now offers me a chance to ask it in a new way. "Do you love me?" I ask again ... but this time I ask it of myself. This time I look for love first in my own face. And, some how I know that it is only love for my self and my spirit that will heal my heart and make me whole enough to give love freely to others.

My mom and I had a rocky relationship but now I'm truly grateful for what feels like her last gift to me and I'm glad I was there to answer "yes" when she asked her desperate question again and again. May her spirit rest in peace.

About the image: I have a fascination with the architect Frank Gehry and spent a delightful time walking around the Walt Disney Concert Hall this week. There is no way to take "a picture" of this building which curves and flows more like a flower than a structure.
Posted by Joyce Wycoff at 5:56 AM