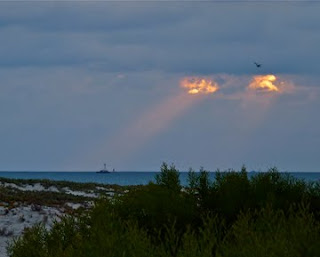 Years ago when I was launching my annual innovation conference, I kept hearing people rave about a conference called TED (Technology, Entertainment & Design). I was so intrigued by the stories of this always-sold out conference that I called Richard Saul Wurman, the founder, to ask his advice. He was very generous with his time and ideas and I've followed TED with great interest over the years. The conference's success rests on two main pillars ... cutting edge information and giving people a chance to "be where the action is." Speakers are thinkers, activists, artists and leaders who present their best thinking in 20 minutes or less and then the "who's who" conference attendees have big blocks of time to network and share ideas and information.

I always wanted to attend but the price increased faster than my income so I never made it there in person. But, the innate generosity of Wurman found a way to open up the richness of the conference and the inspiration of the TED speakers to all of us. All of the short presentations are now online so that you can see the presentation as if you were there. A sampling of what you might come across in the TED archives is listed below. Wouldn't it be interesting to create your own mini-TED? It could be like a book club only with a short video to stimulate conversation. Anyway, click here to explore the TED talks world.

Globe Skimmer Dragonfly ... While living and working as a marine biologist in the Maldives, Charles Anderson noticed sudden explosions of dragonflies at certain times of year. He explains how he carefully tracked the path of a plain, little dragonfly called the globe skimmer, only to discover that it had the longest migratory journey of any insect in the world, twice the migratory distance of the monarch butterfly. Anderson not only tells you how the dragonflies accomplish this task but why. All of his discovery was prompted by his curiosity about why there were suddenly swarms of dragonflies where formerly there were none. Click here.

Extreme Forgiveness ... How do people who have nothing forgive the person who took everything from them? This is one of the questions Ryan Lobo answers as he travels the world, taking photographs that tell compassionate stories of unusual human lives, stories of dignity, courage and beauty. In his haunting talk, he reframes controversial subjects with empathy, so that we see the pain of a Liberian war criminal, the quiet strength of UN women peacekeepers and the perseverance of Delhi's underappreciated firefighters. Click here.

Mr. Splashy Pants ... If you've wondered how life works in the social media world, this funny, rapid-fire 3 minute talk by Alexis Ohanian of Reddit will give you a clue. He tells the real-life fable of one humpback whale's rise to Web stardom. The lesson of Mister Splashy Pants is a shoo-in classic for meme-makers and marketers in the Facebook age. Click here.

Internet Enlightenment ... Could the Internet be the path to enlightenment? As we gain the ability to reach out and touch the world, will we eventually gain compassion for each of our planetary companions? This is the premise of Robert A.F. Thurman, the first American to be ordained a Tibetan Monk by the Dalai Lama. Thurman is a scholar, author and tireless proponent of peace. Click here.