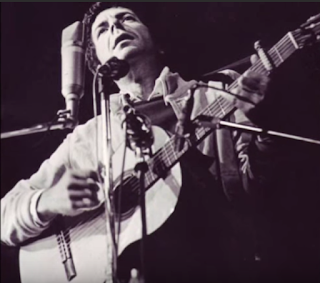 From Rolling Stones article about how Leonard Cohen and Janis Joplin met:

In the spring of 1968, the Chelsea Hotel was far more famous than its occupant in Room 424. Leonard Cohen had forsaken his life as an established novelist and poet in Canada for a place in New York City’s flourishing folk singer-songwriter scene, and so far the gamble hadn’t paid off. In an era when “don’t trust anyone over 30” was a common mantra, the 33-year-old’s early auditions often concluded with dismissive variations of “Aren’t you a little old for this game?”

Though the intellectual pedigree and the dense lyrical thickets in his music drew the inevitable comparisons to reigning rock poet laureate Bob Dylan, his 1967 debut, Songs of Leonard Cohen, was met with limited success when it was released the previous December. Adding insult to injury, a legal technicality cost him the copyright to three of his best songs – including “Suzanne,” which had recorded by Judy Collins.

A New York Times article from the period captured his malaise as he anxiously struggled to construct his new identity: “He puts up at the Chelsea or the Henry Hudson Hotel, rarely mixes with the local litterateurs, and sometimes spends whole days in front of the mirror trying to figure out where the lines in his face came from.”

While Cohen’s gloomy, gritty and romantic mythology was still in its nascent phase, the Chelsea’s was fully formed. Situated at 222 West 23rd Street, the imposing redbrick ruled the block with a gothic grandeur. Its four hundred rooms had housed literary luminaries including Mark Twain, Charles Bukowski, William S. Burroughs, Jackson Pollock and Arthur Miller, who offered a succinct summation of the bohemian ambiance: “No vacuum cleaners, no rules, no shame.” Arthur C. Clarke wrote 2001: A Space Odyssey while in residence there, and Jack Kerouac pounded out On the Road in his room. Sid Vicious and girlfriend Nancy Spungen’s tragic visit was still more than a decade off, but poet Dylan Thomas entered his fatal coma during his Chelsea stay in 1953.

By the Sixties, the Chelsea Hotel had become a headquarters for the emerging rock elite, hosting Jimi Hendrix, the Grateful Dead and Dylan himself. Some paid tribute to their temporary digs in song. Joni Mitchell’s “Chelsea Morning” name checks the hostelry, as does the Lou Reed–penned “Chelsea Girl” and Jefferson Airplane’s “Third Week in the Chelsea.”

Cohen old SongTalk in 1993, "It was a grand, mad place. I love hotels to which, at 4 a.m., you can bring along a midget, a bear and four ladies, take them to your room and no one cares about it at all.”

When Cohen and Joplin saw each other again, years after their one night fling, she asked him, "Hey man, you in town to read poetry for old ladies?" 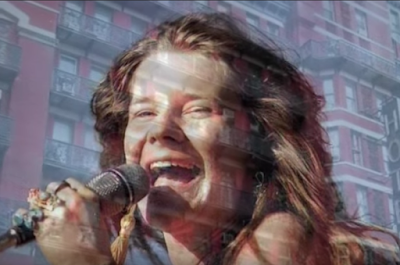 Lyrics from the article:

I remember you well in the Chelsea Hotel
You were famous, your heart was a legend
You told me again you preferred handsome men
But for me you would make an exception

And clenching your fist for the ones like us
Who are oppressed by the figures of beauty
You fixed yourself, you said, “Well, never mind . …
We are ugly but we have the music”

Cohen later described the highlighted lyrics as locker-room talk and said they were "The sole indiscretion, in my professional life, that I deeply regret.” He was sorry for identifying Janis Joplin with that line.