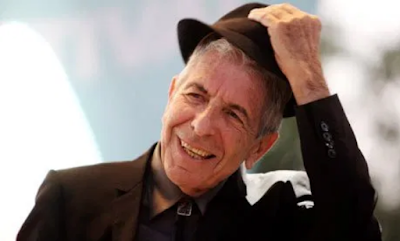 Probably Cohen’s most beloved lines come from his song “Anthem,” released in 1992.
Ring the bells that still can ring,
Forget your perfect offering
There is a crack in everything
That’s how the light gets in.
Click here for YouTube video and song. 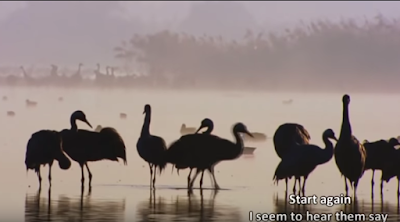 Story from the blog titled "That's how the light gets in"
Leonard Cohen once explained the meaning of the song as follows:


That is the background of the whole record, I mean if you have to come up with a philosophical ground, that is “Ring the bells that still can ring.” It’s no excuse… the dismal situation.. and the future is no excuse for an abdication of your own personal responsibilities towards yourself and your job and your love.

“Ring the bells that still can ring”: they’re few and far between but you can find them. “Forget your perfect offering”, that is the hang-up, that you’re gonna work this thing out. Because we confuse this idea and we’ve forgotten the central myth of our culture which is the expulsion from the garden of Eden. This situation does not admit of solution or perfection. This is not the place where you make things perfect, neither in your marriage, nor in your work, nor anything, nor your love of God, nor your love of family or country.

Howard Jacobson discussed this lyric recently in the Independent:


Those great lines from the song “Anthem”. Ring the bells etc. Forget your perfect offering. There’s a crack – a crack in everything.

It’s like a reprimand to people of my temperament – life’s complainants, eroticists of disappointment, lovers only of what’s flawless and overwrought.

Could he be singing this to me? You expect too much, mister. You are too unforgiving. Not everything works out, not everything is great, and not everyone must like what you like.

I’ve been taught this lesson before. I remember reading an essay by the novelist Mario Vargas Llosa in which he argues for the necessity of vulgarity in serious literature. Thomas Hardy said a writer needed to be imperfectly grammatical some of the time. Mailer told an audience that not everybody wanted to ride in a Lamborghini. And now here’s Leonard Cohen saying the same thing. Forget your perfect offering. There’s a crack…

And then comes another, still more wonderful, clinching line – “That’s how the light gets in.” Savour that! At a stroke, weakness becomes strength and fault becomes virtue. I feel as though original sin has just been re-explained to me. There was no fall. We were born flawed. Flawed is how we were designed to be. Which means we don’t need redeeming after all. Light? Why go searching for light? The light already shines from us. It got in through our failings.

Another article from Quartz adds more nuances:
Cohen, who didn’t like explaining his music, reportedly made a rare statement about “Anthem” on The Future Radio Special, a special CD released by Sony in 1992. (Quartz hasn’t been able to independently verify the transcript, which was published on a fan sit

The future is no excuse for an abdication of your own personal responsibilities towards yourself and your job and your love. “Ring the bells that still can ring”: they’re few and far between but you can find them.
This situation does not admit of solution of perfection. This is not the place where you make things perfect, neither in your marriage, nor in your work, nor anything, nor your love of God, nor your love of family or country. The thing is imperfect.
And worse, there is a crack in everything that you can put together: Physical objects, mental objects, constructions of any kind. But that’s where the light gets in, and that’s where the resurrection is and that’s where the return, that’s where the repentance is. It is with the confrontation, with the brokenness of things.

In dark times, poetry and music often become more important to us, providing the kind of transcendence we need to interpret painful events in a wider context. And Cohen wrote “Anthem,” one of his most beautiful and hopeful songs, in a tumultuous global period. 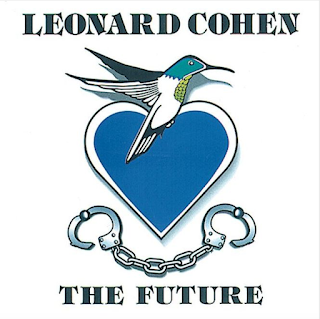 The Future as an album is full of references to traumatic historical events, including Hiroshima and the Second World War. While Cohen was writing Anthem (it took him 10 (years) to eventually complete the song), the Berlin Wall fell—on the same day, November 8th, that Donald Trump would be elected to the US presidency 27 years later. But that year, 1989, also saw a massacre of students in Tiananmen Square.

Cohen was known for a habit of seeing things “darker” than others. Even the fall of the wall wasn’t exactly a sign of hope for him, he said later.

Since Cohen’s death, in an anarchic week in the US, the lyrics of “Anthem” specifically are resonating across the internet.

The song itself contains a characteristic mixture of what David Remnick, in a recent New Yorker profile of Cohen, calls “the marriage of the sacred and profane.” Christian imagery—the dove, the bells—infuses it. Though Cohen was Jewish, he studied Zen Buddhism deeply, becoming a monk for several years, and was fascinated by other religious traditions.

Cohen didn’t like dissecting his work. ”As I approach the end of my life, I have even less and less interest in examining what have got to be very superficial evaluations or opinions about the significance of one’s life or one’s work. I was never given to it when I was healthy, and I am less given to it now,” he told Remnick before his death.

But there are glimpses into what “Anthem” meant to him. He was in a relationship with Rebecca de Mournay during many of the years he was writing it, and told an interviewer (again, from the fan site) that she had helped him through the worst doubts in writing the piece:

“I’ve been playing this song for many years and I knew that I was on the track of a really good song. I knew it stood for something clear and strong in my own heart. And I despaired of ever getting it and I was playing it on Rebecca’s synthesizer, and she said ‘That’s perfect just like that.’ And I said ‘Really?’  She said ‘Yeah, let’s go down to the studio now!'”

Ultimately, he stood by it fiercely. “There’s not a line in it that I couldn’t defend,” he said.

Here are the words in full:

The birds they sing, at the break of day
Start again, I heard them say.
Don’t dwell on what has passed away
Or what is yet to be.
Yes, the wars, they will be fought again
The holy dove she will be caught again
Bought, and soul, and bought again
The dove is never free.

We asked for signs. The signs were sent
The birth betrayed. The marriage spent
Yeah, the widowhood of every government
Signs for all to see.
I can’t run no more, with that lawless crowd
While the killers in high places say their prayers out loud
But they’ve summoned, they’ve summoned up a thundercloud
They’re going to hear from me.

You can add up the parts; you won’t have the sum
You can strike up the march, there is no drum
Every heart, every heart to love will come
But like a refugee.
Ring the bells that still can ring
Forget your perfect offering
There is a crack, a crack in everything
That’s how the light gets in.
Posted by Joyce Wycoff at 5:00 AM