Day 9: Leonard talks about life and his creative process.

In 2009 in his small Montreal home, Leonard Cohen is interviewed by Jian Ghomeshi for Q TV. It is a fascinating interview where Cohen comes across as a thoughtful, modest man. He says it has been his job to "cultivate his small garden."


He talks about his experience in the third act of life and quotes Tennessee Williams as saying,


"Life is a fairly well written play, except for the third act."

Another part of the interview that I particularly enjoyed was his discussion of how he avoids "slogans" in his work. Slogans being the memes and cliches that float through the air and sometimes wind up in our writings. His process of writing a verse and then going back through it to remove the slogans and find other ways of getting to the truth seemed very powerful. 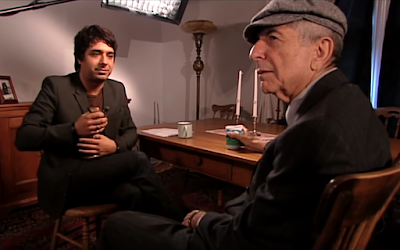 After his muse, the love of Leonard's life may have been Marianne Ihlen, whom he met on the Greek island of Hydra. The movie "Words of Love" is about their relationship. Death came to them within a few months of each other and here's Leonard's last letter to her:


Dearest Marianne,
I’m just a little behind you, close enough to take your hand. This old body has given up, just as yours has too, and the eviction notice is on its way any day now.

I’ve never forgotten your love and your beauty. But you know that. I don’t have to say any more. Safe travels old friend. See you down the road. Love and gratitude. 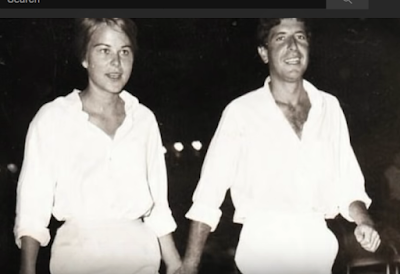