The Advantages of Being an "Ancient Artist" 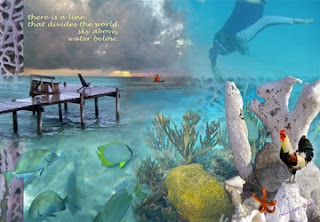 One of my new favorite art bloggers is Sue Favinger Smith and her blog "Ancient Artist: Developing an Art Career after 50."

Today I found an old post about the advantages of being an older artist based on research reported by Martin S. Lindauer, in his book AGING, CREATIVITY, AND ART, A Positive Perspective on Late-Life Development.

This was an interesting post for me because I have been carrying around some common prejudices even though I hadn't articulated them.  Here are a few:
Those have mixed and mingled with other doubts ... no MFA, no art world "cred", and so on and so on.

So, it was interesting to read Sue's synopsis of Lindauer's conclusions:  (full post here)

According to Lindauer,  new research reveals that over time, creative people increase both the quality of their artistic output, and the quantity, over their lifetimes, with productivity peaking during their 60's, but the quality of the output remaining steady at the lifetime highs well into the 70's.

How can this be?

According to Lindauer, there are seven characteristics that distinguish "old artists and late art from young artists and youthful efforts."

Further, while discussing the age at which an artist's "Old Age Style" might emerge, Lindauer wrote, "...the 60-year-old artists, and many of the 70-year-olds who were studied, were 'too young' to have an old-age style."


Re-read that last part again: even the 70-year-olds were too young to have an old age style!

Thank you, Sue ... and Martin!  I know my art career will not look similar to someone who started in their 20s but sometimes I feel like I'm in hyper-mode.  In the 5 years that I've been seriously making digital collages, I can recognize three distinguishable styles.  If I were a "real artist,"  I could call them "periods."  Since I'm an "ancient artist," I just think of them as "doing what turns me on at the time" and allowing it to be different from day to day.

The image above Alone in the World comes from my first period where I made what I call "placescapes," where images from a specific place came together to create an impression of what I was feeling while I was there.
Posted by Joyce Wycoff at 11:59 AM