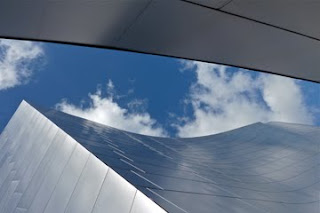 Your beliefs act like filters on a camera, changing how you see the world. And your biology adapts to those beliefs. -- Bruce Lipton, Ph.D.

Almost everyone is aware of the phenomenon of placebos. Unfortunately, the mechanism of how the placebo works is not yet understood and thus, not harnessed. One of the most amazing examples, written about in Bruce Lipton, Ph.D.'s book "The Biology of Belief" tells the story of "placebo surgery."

A Baylor School of Medicine study, published in 2002 in the New England Journal of Medicine evaluated surgery for patients with severe, debilitating knee pain. The lead of the study, Dr. Bruce Moseley, "knew" that knee surgery helped his patients: "All good surgeons know there is no placebo effect in surgery." But Moseley was trying to figure out which part of the surgery was giving his patients relief The patients in the study were divided into three groups. Moseley shaved the damaged cartilage in the knee of one group. For another group, he flushed out the knee joint, removing material thought to be causing the inflammatory effect. Both of these constitute standard treatment for arthritic knees. The third group got "fake" surgery. The patient was sedated, Moseley made three standard incisios and then talked and acted just as he would have during a real surgery--he even splashed salt water to simulate the sound of the knee-washing procedure. After 40 minutes, Moseley sewed up the incisions as if he had done the surgery. All three groups were prescribed teh same postoperative care, which included an exercise program.


Lipton also talks about Nocebos ... the power of negative beliefs and tells a counterbalance story ...

In 1974 Dr. Clifton Meador had a patient, Sam Londe, a retired shoe salesman suffering from cancer of the esophagus, a condition that was at the time considered 100 percent fatal. Londe was treated for that cancer, but everyone in the medical community "knew" that his esophageal cancer would recur. So it was no surprise when Londe died a few weeks after his diagnosis. The surprise came after Londe's death when an autopsy found very little cancer in his body, certainly not enough to kill him. The case still haunts Meador three decades after Londe's death: "I thought he had cancer. He thought he had cancer. Everybody around him thought he had cancer ... did I remove hope in some way?"

The question is, of course, how do we learn to use this placebo power? Just as in this photo from the Walt Disney Center in Los Angeles, we may have to look at things from a different perspective.
Posted by Joyce Wycoff at 9:21 AM