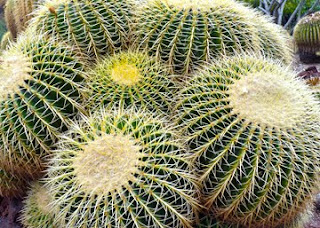 "Without forgiveness there is no future."
-- Archbishop Desmond Tutu, winner of the 1983 Nobel Peace Prize, was chair of South Africa’s Truth and Reconciliation Commission.

Yesterday I watched (or should say wept through) Invictus*, the incredible, inspiring movie about Mandela's early years as president of South Africa. (watch the trailer here) I remember talking to a friend from South Africa many years ago when we were at a conference in Mexico together. I asked him why Mandela was so readily accepted as a leader when he came out of prison. After all, he had been in prison for 27 years, not exactly in the public eye. How did people even know who he was? Ketani told me that it was about character and how much more their culture focuses on and values character. They knew Mandela's character ... even after 27 years in prison ... and that was enough.

I also remember how we expected the worst in South Africa. Archbishop Desmond Tutu said: "If you asked even the most sober students of South African affairs what they thought was going to happen to South Africa a few years ago, almost universally they predicted that the most ghastly catastrophe would befall us; that as sure as anything, we would be devastated by a comprehensive bloodbath." The bloodless and relatively peaceful transition in that country as it moved from apartheid to democracy is one of the most remarkable stories of our time.

In an article about the process of forgiveness in South Africa, Archbishop Tutu discusses the concept of "restorative justice" rather than our idea of "retributive justice." He states, "There is also restorative justice, because we believe in Ubuntu -- the essence of being human, that idea that we are all caught up in a delicate network of interdependence. We say, 'A person is a person through other persons.' I need you in order to be me and you need me in order to be you." (It is well worth the time to read the entire article from Archbishop Tutu)

But the movie isn't directly about forgiveness ... it's about rugby and the underdog story of a losing team's rise to the World Cup. Rugby was a white sport and at the beginning of Mandela's presidency, there was a move to get rid of the team, the colors and everything that it stood for. Mandela pleaded with the leaders to keep the team because it was so beloved by the white South Africans and then worked hard to show his support for the team and let them know how important they were to their country. Rugby was used as a force to unite the country, creating a sense of one country, one people and a reminder of their sense of Ubuntu.

As we think about "forgiving those who have trespassed against us" and forgiving ourselves of our own imperfections, this movie and the words of Archbishop Tutu seem to offer much to ponder. And, it seems to me, that if forgiveness can happen under the most horrific and extreme circumstances such as South Africa's, surely the rest of us can do it.

*“Invictus” (meaning “Invincible” in Latin) was a short poem written by William Earnest Henley and published in 1875. What’s the connection to Mandela? It seems the poem was a great source of inspiration for the freedom fighter. The impact of its verses is probably best summed up by this passage from a 2007 Reader’s Digest interview with Mandela:

RD: When you were in prison all those long years on Robben Island and elsewhere, was there something that came back to you, something you had either in your mind, a message or passage from a book, a song, something that helped sustain you and keep up your spirits?
Mandela: There was a poem by an English poet, W.E. Henley, called “Invictus.” The last lines go: “It matters not how straight the gate, How charged with punishments the scroll, I am the master of my fate: I am the captain of my soul.”

Since this has always been one of my favorite poems, I'm adding the full version here:

It matters not how strait the gate,
How charged with punishments the scroll,
I am the master of my fate:
I am the captain of my soul.
Posted by Joyce Wycoff at 9:13 AM