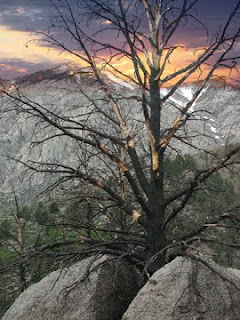 "In the end, it is not the sorrow of the world that matters but our heart's response to it. Compassion is sharing in the beauty of life and in the ocean of tears."
-- Jack Kornfeld

What if, as a young person, you were launched on a new path that brought you fun, fame and fortune? What if you became the most accomplished master of a new skill and it brought you joy every day you practiced your craft? Until ... until the day you suddenly realized that you had made a horrible mistake ... a mistake that would eventually claim the lives of thousands, perhaps hundreds of thousands, of your friends. How would you atone for that mistake?

This is Richard O'Barry's story and most of us of a certain age were as familiar with his craft as we were of Tinkerbell's pixie dust falling on the Magic Kingdom. O'Barry was the trainer of the five dolphins who played Flipper on the television show of the same name. We fell in love with dolphins through that show and our love has grown like a cancer until it now results in the death of thousands of dolphins every year. Ric was delighted with his life and his craft until Cathy, one of the five Flipper dolphins, fell into depression and stopped breathing in his arms, an act that Ric insists was suicide. He instantly became an activist and has spent the rest of his life working to save the dolphins.

Ric's story is entangled with the story of Taiji, a small Japanese fishing village where 23,000 dolphins are killed every year in a search for "show dolphins" to fill our bottom less passion for these beautiful and graceful animals ... and as a method of "pest control" to protect the Japanese fishing industry. This slaughter and the efforts to capture it on film are graphically recorded in Louie Psihoyos' documentary, The Cove. This is a hard movie to watch but it is also inspiring to watch the creativity, heroism and passion of the people who risked their time, careers and lives to film the truth of what happens in that beautifully wretched cove in Taiji. One small way to honor their efforts is to watch this film even though it is gut-wrenching.

Apparently the Japanese people are unaware of the Taiji secret and at the end Ric O'Barry is standing in the midst of a busy street in Japan with a television monitor strapped to his chest, showing people the truth. The words, "I didn't know," no longer apply to this dark secret ... to the people of Japan ... or to us.

Watch the trailer and learn more at: http://savejapandolphins.com/
Posted by Joyce Wycoff at 8:57 AM