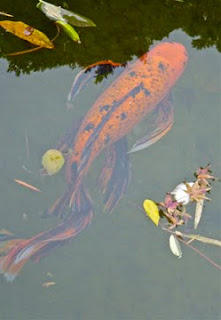 "With love, even the rocks will open."
-- Hazrat Inayat Khan*

When I was in college I read a short story (and have unsuccessfully tried to find it ever since) about a group of men sitting around a campfire in the mountains talking. One of them says that the Bible could be reduced to a single word: love. That struck a chord and has stayed with me since then. As my journey led me through a series of churches, it seemed to me that all of them complicated and diluted that simple and beautiful message until it was thin and weak.

Now I am in the midst of a studying "New Science" and my head is full of new concepts such as ... zero point field, string theory, multiverses, epigenetics, uncertainty principle, non-locality, and the non-linearity of time. It is fascinating to watch "New Science" referring back to ancient mystics and mystic traditions in a process of rediscovery of what was apparently known eons ago. But suddenly this morning I wonder if all of this, too, could be reduced to a single word: love.

And, what would we do differently if we truly understood that word and lived it?

About the Quote:
Hazrat Inayat Khan, (July 5, 1882 – February 5, 1927) was an exemplar of Universal Sufism and founder of the Sufi Order International and set forth ten thoughts that form the foundational principles of Universal Sufism[4]: