Arguing with a Teenager 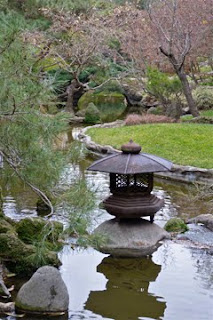 We are what we repeatedly do.
Excellence, then is not an act but a habit.
-- Aristotle

A few days ago I found myself in the midst of a mini-rant about calendars ... actually my own calendar and any regularly occurring items on it that spoiled the open expanse of the day. Even when I want to do something, I resist putting it on my calendar because it means I have to do something. I've committed to it. I'm responsible for showing up. I tend to be a highly reliable person. I keep my commitments and honor my responsibilities. So why am I now having so much angst over the commitments I make?

I recognize the situation ... my inner teenager is acting out again ... throwing a ruckus because she only wants to do what she wants to do. And, with no "job" or external commitment, there's nothing to make her tow the line. Everything on my calendar is there because I put it there but still she's whining and carrying on.

Maybe somewhere in my past, I overdid it to the point where commitments and responsibilities kept me from being who I wanted to be. Maybe I became attached to commitments and responsibilities and wore them like a badge. Maybe they became such a fixed "duty" that I lost the passion that made me sign up for them in the first place. Maybe that's causing the teenage rebellion. She seems to know that if she only does what she wants to do each moment, she will stay in her passion. Whereas, if she agrees to do something every day or every week, at some point in the future, she may not actually want to do it any more. And, then she'll be stuck. What she doesn't seem to get is, if she doesn't commit to the practice I've put on our calendar, she'll be stuck in a different way.

I didn't practice my hammered dulcimer yesterday. No reason. I still haven't started meditating ... No excuse. I like playing my dulcimer and I actually like it when I meditate. And, I want the greater competency and peace that comes with those practices. Part of me wants to stay the same. That's the message from the 21-day Spirituality and Practice e-course "Catalysts for Change." I have to agree, although I can't quite find the part that's holding out, that's resisting with all the tempestuousness of a spoiled teenager.

Resistance seems built into the universe as part of its wiring. Each and every thing seems to want to remain where it is and exactly how it is, for that is what it is. Once this was called the formal cause, the essential nature, that gives each and every thing its internal power to exist. The world seems to like the status quo; it resists change despite what mystics say about change being the only truth and what nuclear physicists say about the motion of waves and particles as the fluctuating instability inside all solid substance.

Apparently the trick is to do something long enough that it then becomes what wants to remain the same. Would that someone would explain that to my internal teenager.

So, I could sit here and contemplate the source of this resistance or I could get up and go play. And, I really like playing my HD but I'm still at the incompetent stage wondering if I'll ever reach any level of mastery (not unless you get up and go practice). And, as for meditation, I don't really mind it ... there are just so many things that are so much more interesting and fun. My blog-sister Diane (Contemplative Photography), though, posted this morning about creating space. Unless we create space, nothing new can come in. I know that and I want to make space for new thoughts and new insights. (then meditate!)

OK, OK, OK ... my teenager and I are both going off to practice and meditate.
Posted by Joyce Wycoff at 7:24 AM