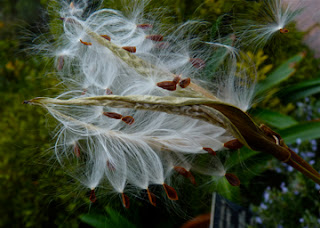 On this rainy, soon to be snowy, evening, it was movie night so we  watched "Invictus" for the second time.  It is such a hopeful, inspiring movie even though I find rugby to be a completely incomprehensible game.  Since it was directed by Clint Eastwood, the movie was preceded by a montage of his career and I thought about how he built up his career step-by-step from the good-looking nice-guy Rowdy Yates in "Rawhide" to the poisonous anti-hero in the spaghetti westerns to tough-cop Dirty Harry to the slap-stick teaming with Ruth Gordon and Clyde, the orangutan, to becoming one of the best directors of our time.

His has been an unlikely journey, completely unlike the journey of Mandela from activist to prisoner to president, and yet in some ways similar.  In both men, there seems to be a thread of destiny pulling them forward.  When other people might have faltered or given up, both of them carried on.  I don't know if Clint Eastwood had a personal connection to the titled poem but both men have truly been masters of their fate.

It matters not how strait the gate,
How charged with punishments the scroll,
I am the master of my fate:
I am the captain of my soul.