The Brain that Changes Itself 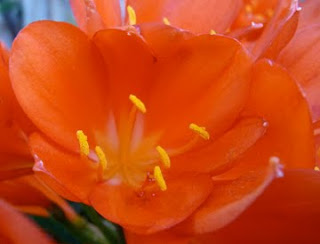 This is an amazing book!

The brain can change itself without operations or medications.

Chapter 1 ... A Woman Perpetually Falling ... Rescued by the Man Who Discovered the Plasticity of Our Senses

We have a sixth sense we don't often talk about but it is critically important to our well-being ... balance.  Here's one story:

Paul Bach-y-Rita, a pioneer in understanding brain plasticity worked with Cheryl Schiltz who had lost her vestibular system and her sense of balance as a side effect of gentimicin.  She is a Wobbler, as people who have this condition call themselves; she lurches as if drunken, falls down and is exhausted by trying, and failing, to keep herself balanced.

Bach-y-Rita developed a hat with a sensor that detects movement in two planes connected to a plastic strip which Cheryl places on her tongue.  The sensor fizzes in various places dependent upon the movement and she begins to walk without wobbling.  The device works but the marvel occurs when, even after the device is turned off, she is still able to balance herself.  After the first usage of the hat for two minutes, the after-effect lasts for 40 seconds.  The next time, she wore the hat for twenty minutes and they hoped for an after-effect of 7 minutes but it lasted for a full hour.  The next time, the twenty-minute usage produced an after-effect of 3 hours and 20 minutes.  The training-effect continued to expand and over the next year, Cheryl wore the device more frequently and now no longer wears it at all and no longer "wobbles."

This did not fix her vestibular system, it created an entirely new way of replacing the lost capacity.
Posted by Joyce Wycoff at 8:43 AM