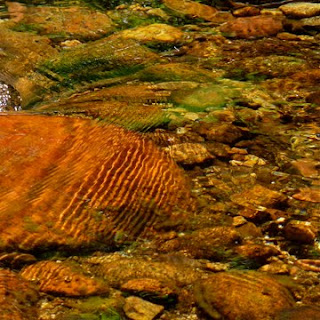 This series is based on an invitation from Jean Houston to join the Alchemical Path. The steps are hers; the thoughts are mine.

Two: Greetings, Earth Agent. Acknowledge that you are ready to put yourself in the big picture, and take on the role of planetary citizen.


"You have to be able to risk your identity for a bigger future than the present you are living." -- Fernando Flores

"In a small affair or in a big affair, first consult yourself and find out if there is any conflict in your own being about anything you want to do. And when you find no conflict there, then feel sure that a path is already made for you. You have but to open your eyes and take a step forward, and the other step will be led by God."
-- Hazrat Inayat Khan

Interesting question ... am I ready to put myself in the big picture? Do I want to take on the role of planetary citizen? I think there is definitely a conflict in my being about this possibility. I'm not sure if it's a sense of inadequacy, a fear of failure (or success), or just complacency. I know there's a little whiny voice somewhere behind me saying, "Why do I have to do it? ... Why can't someone else do it? I'm not big enough. I don't know how. It looks too hard. I just want to play."

My belief is that being in the 'big picture' would be hard. That I'd have to travel and wear real shoes ... that my time would be sucked up by meeting the demands of other people. Since this train of thought was started by Jean Houston, I think of her as an example of someone in the big picture ... a larger than life person who is always speaking, doing conferences and workshops, writing books at a ridiculous rate, truly being a planetary citizen.

But, once again, is that the only way to be a planetary citizen? Of course not, my rational self says. So I google "What does it mean to be a planetary citizen?" and find a book Planetary Citizenship, Your Values, Beliefs and Actions Can Shape a Sustainable World by Hazel Henderson and Daisaku Ikeda. Introductory blurb: Two world-renowned global activists explore the rise of “grassroots globalists”—citizens all over the world who are taking responsibility to build a more peaceful, harmonious and sustainable future. Arguing that a positive change of heart in one person can lead to a change in the world as a whole, they present compelling insights that will move and challenge the reader. By focusing on the spiritual values necessary to construct a better world, the two link complex global issues to ordinary people and assure us that we have the power to make a positive difference in our families, communities, countries and the world at large.

Apparently one of the early uses of the term "planetary citizen" came from U Thant, Secretary-General of the United Nations when he called a meeting of twenty leading and thoughtful citizens on the twenty-fifth anniversary of the UN (1970). Called the "Conference on Human Survival," it recognized the need for a "second alliance" recognizing the global interdependence of all people and an identity as "planetary citizens." Out of this came a movement based on caring, sharing, frugality, simplicity and earth-friendly use of resources.

So the circle spirals back to me. I don't have to "do" something to be a planetary citizen; I have to be something; conscious, grateful, caring, balanced ... and, perhaps the biggest of all, willing. Willing to be who I am and willing to reveal that to the world. Willing to follow the path, one step at a time. I am but a cell in the body of life, but each cell has a function in the big picture. I simply have to do my part and it doesn't matter what shoes I wear while doing it.
Posted by Joyce Wycoff at 6:50 PM