Should We Set Intentions? 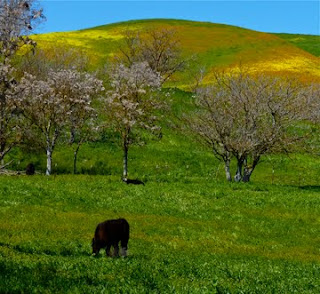 At the beginning of the year, I put the following intention out into the world:


I am committed to, by December 31, 2010, living in California in a beautiful, peaceful place with lovely outdoor living space. From my new home I can see the ocean and there are incredible, big trees around me.  I have a perfect place to do art, play music, meditate and exercise.  I am actively involved with helping people create their own spiritual realities and all of us are part of the change in consciousness, the tipping point, that will eradicate violence and restore the planet to health.  By my side in this joyous venture is my new playmate, lover, best friend and spiritual partner.

Since it is now approaching the middle of the year, I thought it would be a good time to explore what has happened since setting that intention.   What has manifested itself and does it fit the intention?  I have studied a lot about intention since then, learned a few things and opened up new areas of confusion and wonderings.  The original intention included three major pieces: a new place to live, new work, a new life partner.  Since this could get long, I'm only going to talk about the new place to live this morning.

The new place to live was the most specific and probably the piece with the most energy.  I knew I wanted to return to California but I wasn't sure where or even how to choose a "where."  I was determined to wait until something led me to the place.  The choices that I had in mind were Coronado, where one of my best friends lives, Santa Barbara, where I had spent 25 great years, Arcadia, where a kind and generous friend had offered me a mother-in-law flat, or the Sierra foothills, which I had fallen in love with and is relatively close to my step-daughter and granddaughters.  Abundant pros and cons existed for each but only Coronado and Santa Barbara had the  ocean views that appeared in the intention.

I weighed the pros and cons, dithering about expenses, waffling about "where" until an invitation to participate in a video project about a new high school took me back to the foothills ... in mid-March ... in spring.  And, as I drove through the foothills, once again absorbing that incredible, sun-filled green into my cells, I swore I'd never miss another Sierra foothills spring.  The decision about "where" was made in an instant.

However, what this process has made me wonder about is how important the specifics are and whether it might actually be more the feeling that creates the desired reality.  The feeling that I wanted more than anything was peace and serenity and this is what I feel in the foothills much more than the other, also incredibly beautiful, places. That feeling was more important than the specifics of the ocean view.

Another thread that weaves through this question about intention is what we want and what we need.  Almost everyone has experienced loss or pain, something we definitely didn't want, only to find out (generally years later) that it took us to a new place, to a new understanding of ourselves or the world, a new appreciation of life, a new gratitude for what is.  It seems like, in most cases, while we still would never have asked for the loss or pain, we also wouldn't give up the place that it took us to.  What we didn't want gave us what we needed.

So should we even be setting intentions?  Are we smart enough to intend what we truly need?