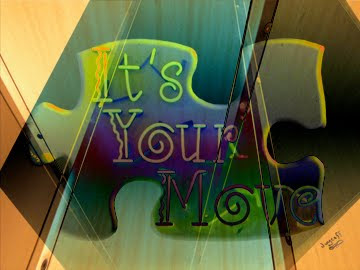 Geneen Roth in her book, Women Food and God ... An Unexpected Path to Almost Everything," offers us this quote after telling us one of her stories.  She was at a ten-day silent retreat in Joshua Tree National Park (in the middle of the desert, close to nowhere).  It was day two and she was in a phone booth trying to arrange for a helicopter to pick her up.  She was bolting.  Leaving what she had committed to, leaving herself.  Fleeing from the fear of meeting herself.

While Geneen's focus is on compulsive eating, she says there are many ways to bolt ... walking out the door, trying to hire a helicopter, multi-tasking to avoid focusing on what's truly important, staying overly busy to avoid thinking about what might be causing pain or actually feeling our feelings.

I've had that bolting feeling many times in my life, sometimes I've given in to it, sometimes I've managed to work my way through it.  Years ago I got caught mid-bolt by a very wise woman who managed to gently help me see what I was doing.  Since then, I've begun to recognize the pattern a little earlier ... the "very logical" reasons why I shouldn't have to do whatever it is in front of me or approaching around the corner ... the turning to something new to distract myself ... the disappearing from others and from myself.

I can feel the low rumble of a bolt coming on.  Something is scaring me

(Just to prove the point to myself ... after writing the above sentence, I jumped up, washed a glass, went to the bathroom, checked a date in my journal and then thought ... uh oh, I'm doing it ... leaving myself in mid-sentence.)

What is it that's scaring me?  Although I haven't recognized it till now, I probably went into full-on bolt mode three and a half years ago when Richard died.  I fled grief and the fear of the unknowns of life alone and headed for a safe haven.  Since then, life has been a series of mini-bolts and now I've hit the end of the cycle.  I'm where I want to be, doing what I want to do.  But, still I have this bolting feeling rising within.  It's like I'm in the middle of Geneen's desert and there is no helicopter that will rescue me.  I'm going to have to live with myself, create a life, find my way ... find my own peace.  I'm going to have to stay put and be vulnerable to the pain and fear of living my life without the oh-so-familiar distractions I've depended upon before.

I'm going to have to give up bolting and settle down and meet myself.
Posted by Joyce Wycoff at 9:25 PM