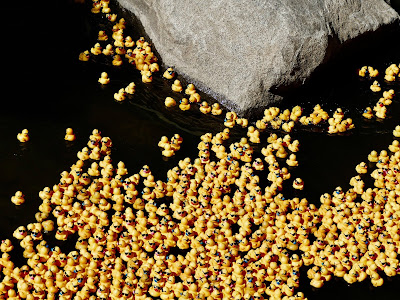 How do you dump 20,000 little rubber duckies into a river and then pick them all up again? And, how do you determine the winner when hundreds of people are watching the process hoping their Duckie is the one that will bring them a new car?

Just another day in Reno on my morning walk as I happened upon the Nevada Humane Society setting up for the Duck Race. This afternoon they will release a flock of little rubber duckies into the Truckee River and the fastest ducks will win prizes for their sponsors. It's all part of the Duck Race for the Nevada Humane Society … a race organized by a fund-raising game company that says it has raised over $280 million partnering with more than 2000 organizations.

How could I resist? As I shelled out $20 for a Quack Pack (5 ducks), I learned that these weren’t MY ducks … they were only leased. If I wanted one to keep, I could buy one for another $3. At the end of the race the volunteers would have to fish all the ducks out of the water to return them to the originator of the event.

Finally, it was time. The crowd did a 10 to 1 countdown; the assisting firemen opened the gates and the yellow duckies flooded into the rushing waters on their way to making a few people happy. As of yet, I haven’t gotten the call telling me to pick up the keys to my new car.

I knew Reno was quirky, now it turns out that they are also quacky. 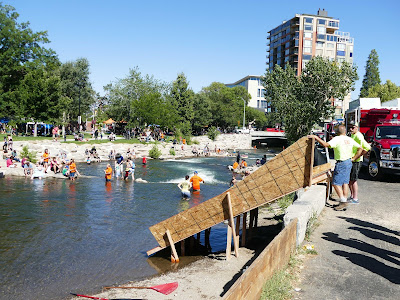 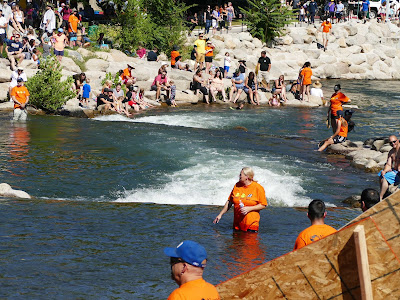 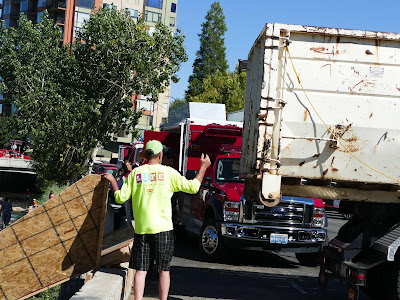 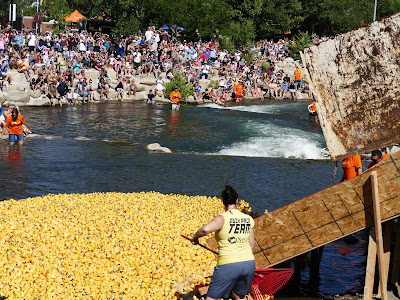 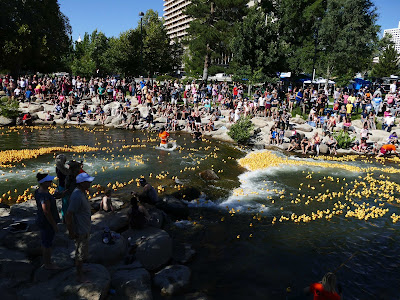 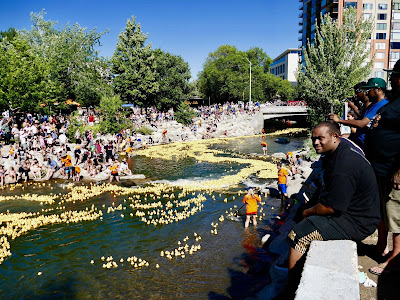 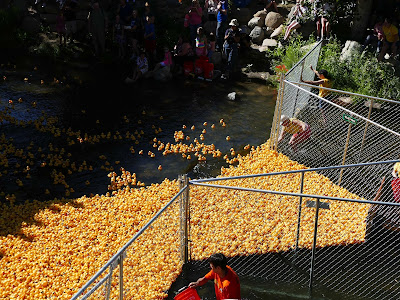 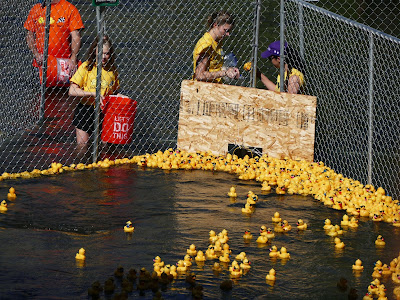 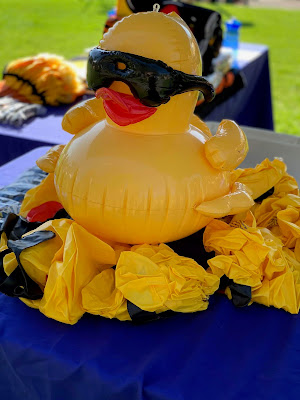