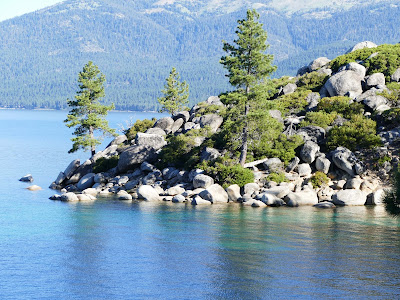 "The path is made in the walking of it.”
— Zhuangzi

I left Reno before sunrise to walk the new Lake Tahoe Trail. It wasn’t till I got there that I learned it was called “the impossible trail.”
In an interview with Amy Berry, CEO of the Tahoe Fund, she said, "We call this the impossible trail, because for years people said that's a nice idea, but that's impossible. You'll never be able to build that,”

The need for a trail was great because as people stop to park or look at the lake on this stretch of State Route 28, it became the site of frequent accidents. Now pedestrians and lake are separated by a path ten feet wide, with seventeen vista points and multiple staircases giving people access to the beaches.

At 7 am, I had my choice of the 91 parking places at Ponderosa Ranch Road, the beginning of the trail. The sun was still behind the mountains so the light was dim, the air brisk, and the world quiet … not quite silent because early morning traffic was already on the move. The first mile is on the uphill side of the road and then descends through a tunnel and emerges next to the lake for the next 1.5
miles. 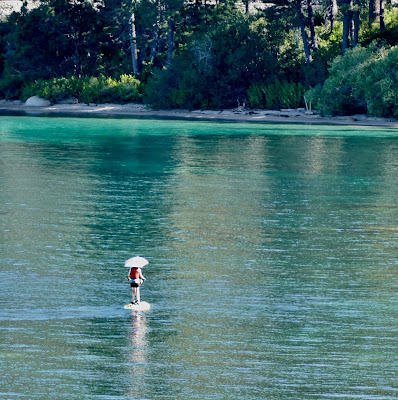 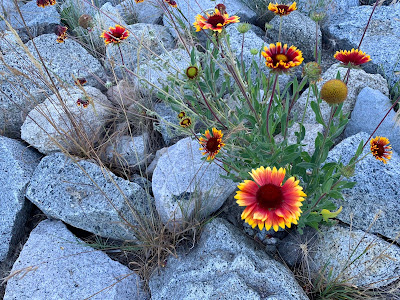 As I walked, I imagined a conversation among trees and water and sky. Plaques attached at the viewing stations added words and quickly turned my thoughts in new directions.

Toni Morrison: At some point in our life, the world’s beauty becomes enough.
Henry David Thoreau: A lake is a landscape’s most beautiful and expressive feature. It is Earth’s eyes looking into which the beholder measures the depth of his own nature.
John Muir: In every walk with nature, one receives far more than he seeks.
Albert Einstein: Look deep into nature, and then you will understand everything.
John Muir: Climb the mountains and get their good tidings.

Perhaps “the impossible trail” is a metaphor for our lives. We may think something is impossible, and then the right time attracts the necessary will and resources and suddenly it’s as if something that was thought impossible is just there … as if it had always existed. 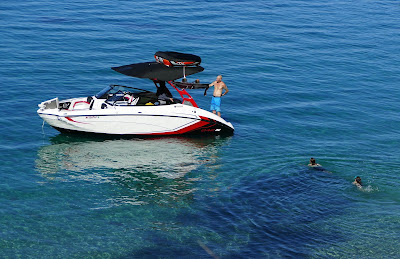 If you decide to visit this amazing trail, I suggest early morning (7ish) as the parking lot was filled when I returned around 9ish. And for a great breakfast afterwards (with free coffee), try Sunshine Deli and Catering.
This video gives you another view of the trail:
Thank you to everyone who made this impossible trail possible. Apparently 550 people donated over a million dollars to the Tahoe Fund which triggered more money from the government to make the trail possible.