What a cultural feast the last two days have been!

Art Auction. There was an art auction in the plaza to benefit two local families, hosted and auctioned by well-known local artist and muralist Efren Gonzales. I, of course, did not plan to buy anything, but, of course, did. I fell in love with this painting by Xill (pronounced Jill) Fessenden. It positively glowed and I was delighted that it was somewhat within my budget.

Mariachi concert. I’ve never been a fan of mariachi music so I decided to attend a concert, especially since this music originated in my new home state of Jalisco. There’s definitely a difference between concert level mariachi music, recognized by UNESCO as an Intangible Cultural Heritage, and what I was used to in restaurants.

There were ten musicians playing violins, guitars (including a vihuela, a high-pitched, round-backed guitar and a bass guitar called a guitarrón that provide rhythm) a trumpet and a Mexican folk harp which the harpist played with blinding speed like a jazz instrument during one solo. It was the older guy’s birthday (I think) and he sang a couple of solos. What a voice! He could hold a high octave note so long most of us were growing uncomfortable.

Another treat of the concert were songs by Lola, La Tequilera (as far as I can tell, that means someone who can make tequila.) While I didn’t know what most of her words were, she belted one out with such force and emotion, it made me weep. And to top it off, costumed dancers who were a delightful sweep of color and rhythm.

What made the evening truly special, though, was that the mariachis were backed up by a local high school symphony who were given opportunities to solo. It may sound trite, but the evening had so much heart.

Celebration. To celebrate International Love and Gratitude to Water Day in honor of the work of Dr. Masaru Emoto, there were many ceremonial activities at the malecón including dances, poetry, and music. It was a feast for the senses and here are a few photos. Unfortunately, I don’t have names for these people yet but hope to soon.

A woman read a poem by Nezahualcoyotl, "Coyote who Fasts") (April 28, 1402 – June 4, 1472) who was a philosopher, warrior, architect, poet and ruler of the city-state of Texcoco in pre-Columbian era Mexico.  In the poem there is a listing of things found here in Mexico, thus the refrain “Aquí en Mexico."

According to Wikipedia: Nezahualcoyotl is best remembered for his poetry, but according to accounts by his descendants and biographers, he had an experience of an "Unknown, Unknowable Lord of Everywhere" to whom he built an entirely empty temple in which no blood sacrifices of any kind were allowed — not even those of animals. However, he allowed human sacrifices to continue in his other temples.

Here are a few more photos from the ceremony. 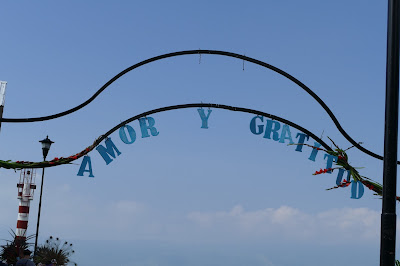 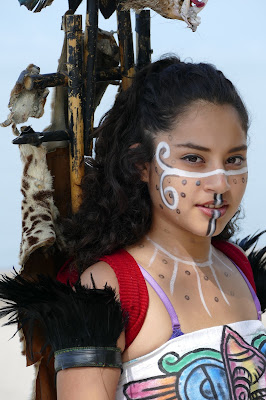 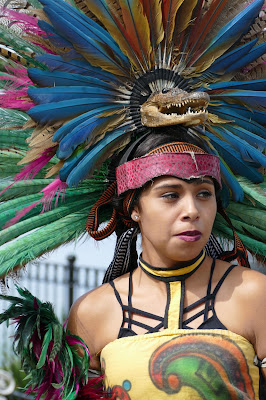 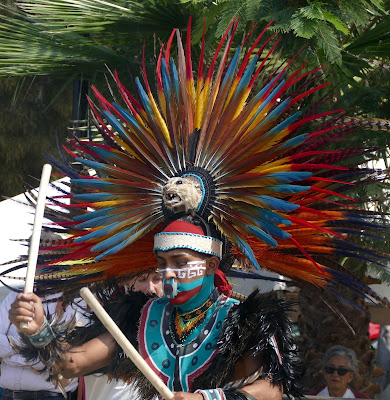 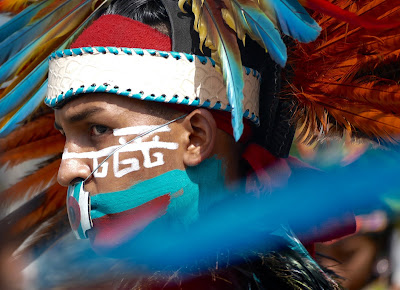 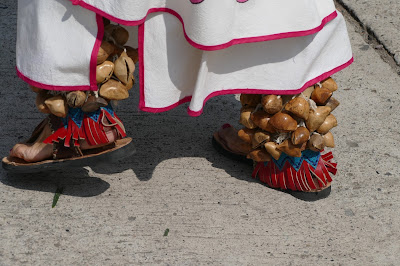 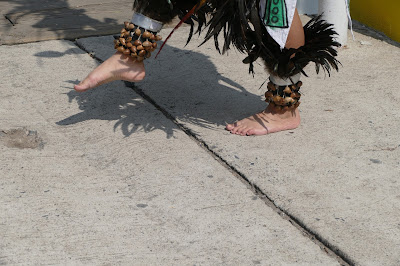