On more than one occasion since I’ve been here on Lake Chapala, I’ve heard about María Félix, the beautiful Mexican movie star. Last week I finally made it to Hotel Real de Chapala where they have many photos of her and a large wall painting which I photographed for the image above. I asked who the artist was but no one seemed to know.

What caught my imagination 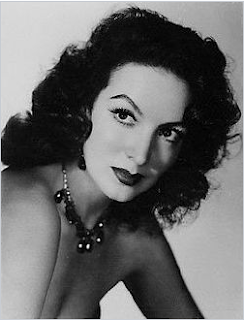 through all of this wasn’t what she accomplished, but what she refused. She was the darling of the golden age of Mexican cinema, starring in 47 films, but never went to Hollywood, as did her contemporary Dolores del Rio. La Doña, as María was known, said it was because Hollywood only offered her “Indian” parts. However, some say it was because she refused to learn English. Either way, she never achieved her Hollywood star.

In our 21 Days to Creative Abundance program, Sebastian Michaels states that we have to be clear about our artistic vision … what do we want to BE as an artist?

It is clear to me that I want to capture some of the color and magic of Mexico, both in images and words. To do that, I need better skills with photography and Photoshop. However, this weekend I recognized another skill, or lack thereof, that limits my progress.

I was at a celebration at the lake where a religious celebration of water was taking place. It was a sensory feast: colorful outfits, tall feathered headdresses, drumming and ankle seed pods creating rhythms as the dancers danced. Later there was a long poem dramatically read by a woman in indigenous clothing. My eyes were filled with the color and motion but my ears were filled with cotton. 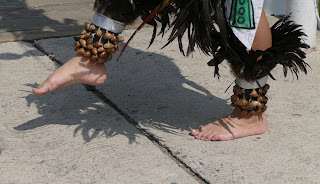 Because my Spanish skills are still minimal, I wasn’t getting the meaning and depth of the ceremony. I had an opportunity to talk to people about their ceremony … except I didn’t have the language so I remain with dozens of unanswered questions.

It dawned on me that what will make a huge difference to my art is being able to understand more about what I’m seeing and experiencing. To gain those insights, I need to speak Spanish. Somewhat like La Doña, if I refuse to do the work necessary to become fluent in Spanish, I will be limiting myself to English subjects or to a superficial take on what I find here in Mexico.

Studying Spanish is critical to my art. This program of learning more about the artistry of Photoshop has been so exciting that I’ve spent most of my time submerged in layers, extractions and blend modes. I’ve neglected my Spanish studies because they don’t have that same “pop” of accomplishment.

It is easy in most places in Mexico to get by with English, so drifting along, distracted by all the attractions, becomes normal. Sebastian reminds me that, if I’m clear about what I want my art life to be, I have to refuse to let lack of language skill undermine that creative life and limit my art.


This post was prompted by Sebastian Michael's "21 Days to Creative Living" and "Photoshop Artistry" programs. More information here.
Posted by Joyce Wycoff at 7:27 AM