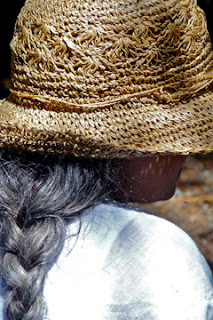 "Everything that has a beginning has an ending.
Make your peace with that and all will be well."
-- Buddha

Tomorrow I turn 65.  I'm now officially a "senior," theoretically one of the "wise ones."  So I poured through my quote file so see what others have said about wisdom and chose the one above from Buddha.  When someone reaches the official age of Medicare and Social Security, it's pretty darn hard to deny the "ending."

I don't know what that ending means even though all the great religions offer me their versions of what comes next.  Some I like more than others but the bottom line is that I'm ok with not knowing and I'm not afraid of whatever is coming.  I've enjoyed my journey through this lifetime and assume that I will enjoy whatever it is that comes next.  And, if nothing comes next, then I won't be around to like or dislike it.  I am at peace with the beginning and ending of what we call life but I'm also not sure there is an actual beginning or ending.

Where did I actually begin?  As a sperm and an egg?  Well, both of those came from a previous sperm and egg so that beginning keeps moving further and further back into the past until perhaps there was no thing that could actually be called a beginning.  And, when do I actually end?  When the last breath is drawn?  But, what about the bits and pieces of my flesh which will somehow enter into the planetary stew?  And what about the ripples I made on my journey through the world?  If the flap of a butterfly wing in Brazil can set off a tornado in Texas, who knows what impact I have had or might continue to have long after "the end."

I like to think that God is consciousness and that I was loaned a microscopic piece of that consciousness for my Earth walk.  The assignment that came with this loan was to polish that consciousness and make it as bright as possible.  And, the polish available to me was, and continues to be, love.  I haven't always understood this so I intend to spend the rest of my journey making up for lost time.

About this image:  I was struck by the peacefulness of this woman who was sitting under a tree eating her lunch.  She was gracious enough to give me permission to take this photo.  I can almost smell the straw in her hat and feel the peacefulness radiating from her.  My guess is that she has done a great job of polishing the consciousness that was loaned to her.
Posted by Joyce Wycoff at 9:30 PM