During decades of searching for harmony and peace, I let go of judgment, stopped taking things personally, and accepted my perfect imperfection. I learned to remain calm in the face of loss and pain, and I became a survivor, a peace advocate, a conflict avoider.

Well, at least that’s what I thought until one sunny afternoon found me in a garden gazebo in an Enneagram class, a place I really didn’t want to be. 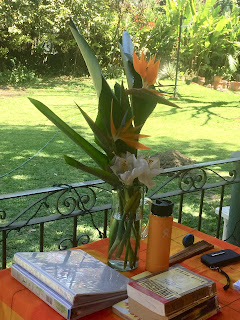 I had explored the Enneagram in 1992 and found it confusing. I didn’t want to go to the class but my friend, Leela Harlem, needed support and that was more important than spending a quiet afternoon on my own projects so off I went, expecting nothing.

When I arrived, there were chairs to be set up and stuff to be organized. I felt useful, if not fully engaged. Leela and I had talked enough to renew my vague memories of which of the Enneagram’s nine types most fit me; the 7 (the enthusiast) and/or a 4 (individualist/romantic). I confidently put those labels on my name tag.

The nine Enneagram types are divided into three centers: Thinking, Feeling, Instinctive, with each center having a "powerful, largely unconscious emotional response” … Thinking types respond with fear; Feeling types with shame, and Instinctive types with anger. Since I’ve spent a good deal of my life overcoming fear, I decided my “type” had to be in the Thinking/fear center and chose 7 as the best fit.

However, as Leela went through an overview of the types, neither 7 nor 4 seemed quite right. Since nothing else made sense, I just shrugged it off. It wasn’t until we were engaged with an exercise to “walk the types,” that I really began to wonder where I fit. As we were shown how to walk through the space as if we were each of the types, 7 called to me a little, but nothing really resonated … until we hit 9.

The Enneagram nine immediately felt like me … but that couldn’t be … that one was related to anger. I don’t have anger, and I’m definitely not driven by anger. I tried to brush it away. It just didn’t make sense. I’m calm, easy-going, flexible. I don’t get mad.

Something brought me to this class, though. What if I had missed a piece in all my years of self-exploration?  What if anger really is a part of my being? … A piece I’ve missed in all the books and retreats and workshops I’ve taken trying to figure out who I am and what I’m here to learn. 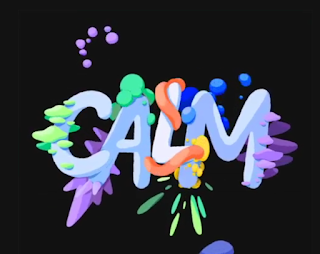 I have a calm button. I never yell or cry over spilled milk. I never use the Facebook angry emoji even with the current state of our world where so many things seem crazy and upsetting. It’s important to find the positive, to stay calm and balanced. Buying into the conflict of the world isn’t going to help anyone, including myself.
Be the change you want to see in the world. Be love.

However, with morning came the yearning to know what this anger thing was all about. I had to admit I grew up with angry parents in an environment that had no tolerance for a child’s anger. Words said in conflict would be forgotten five minutes later … at least by my parents. Somehow though, they seemed to stay with me like ant bites, red and itchy. Angry responses on my part met with physical repercussions. It didn’t take long to recognize that the best strategy was silence and appeasement.

Reading about Enneagram nines, I  found a common message about anger going to sleep and being denied. Here’s one comment that struck home:

According to Jerome Wagner, in The Enneagram Spectrum of Personality Styles, the defense mechanism favored by 9s is narcotization:

To avoid conflict you numb your feelings, wants, and preferences. You make everything the same and highlight nothing. You make molehills out of mountains.

Perhaps a new piece of my journey of waking up to myself is just beginning. I don’t think I’m in danger of becoming a rage-aholic. I highly value the part of me that is a peacemaker. However, I am starting to realize that maybe there is an element of anger … both at myself and the world. A few weeks ago, a friend and I started a Facebook page: Bold Storm Rising, after the school shooting in Florida. As we were setting it up, I remembered the line from the movie, Network:

"I’m mad as hell and I’m not going to take it anymore.”

Until yesterday’s Enneagram class, I rejected that line as not productive. Slowly however, I’m starting to accept that I am angry. I am angry that all of us baby boomers who thought we would change the world, lost our way and the children today are having to stand up and say: ENOUGH!
I am angry that we may have trashed our beautiful planet beyond redemption. I am angry that I thought denying my own anger was a way to stay safe. I am angry that it has taken me so long to discover the well of my own anger.

I don’t know where this is going, but, if you're on Facebook, I expect you’ll see a lot more angry emojis coming from me. And, if you’re interested in the Enneagram, there is a lot of information available on the Internet, and Leela Harlem is always willing to do coaching or group work: Leela@Spiritpath.com.

There are many Enneagram tests online, some are free, some charge a small fee. Read your results and see if they make sense for you. Here's one to get you started ... who knows you might be surprised, too!