Another surprise from Mexico 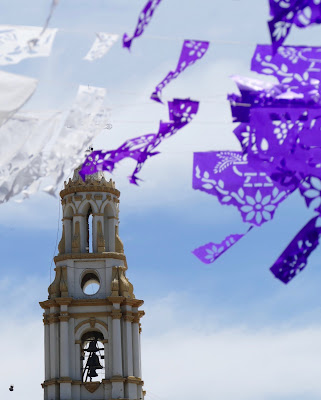 As sometimes happens, snafus occur at the worst moments. This morning, about an hour before one of the biggest days of the year for Mexico, the power went out here in Ajijic. I’m sure a lot of the people involved with the Good Friday passion play were affected much more than I was.
For me, it was a minor setback to find that the camera battery I thought was fully charged, had somehow discharged, and the one in my camera was only half full. So, without power to recharge, I was off to watch the Passion of Christ play in the church square knowing that I couldn’t take hundreds of pictures as I would normally. 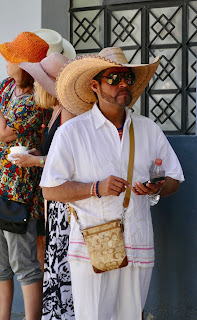 The square was filled with people vying for scraps of shade. A long line of people stood side-by-side in the thin shadow of a palm tree, while others arranged ancient gray-metal folding chairs in rows around the stage. Soon an angelic aria wafted from the blue curtain backdrop where people readied for the coming performance. Unfortunately, a generator roared to life behind me, making it impossible to hear or see the performance as the crowd almost instantly swelled to hundreds blocking my carefully chosen square of shade which had once had a clear view of the stage.

I notice a tattered Mexican flag flying at half-mast while the silver cross at the top of the church caught glints from the intense sun. Seeing little but the backs of people's heads and the sky above us, I moved toward the plaza, stopping to watch a man sell empanadas … piña, crema, fresca … next to the churro cart. Abundant food is always a part of Mexican celebrations. The plaza was relatively empty so I settled onto a concrete bench to wait for the parade to come.

I was there purely as a photographer and observer. While raised in a Christian environment, I left the church many years ago and the rituals and celebrations aren’t a big part of my life. However, here in Mexico, the Church is a major part of the culture and I wanted to experience it ... and take pictures. 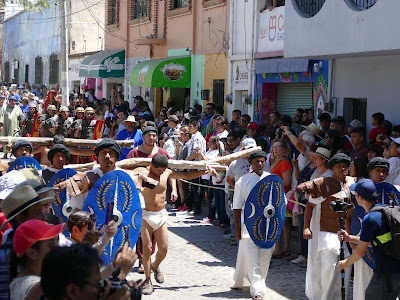 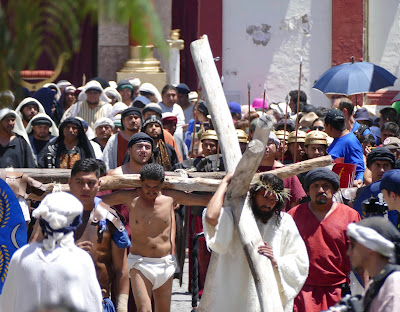 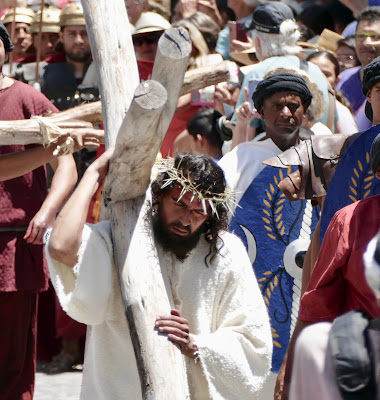 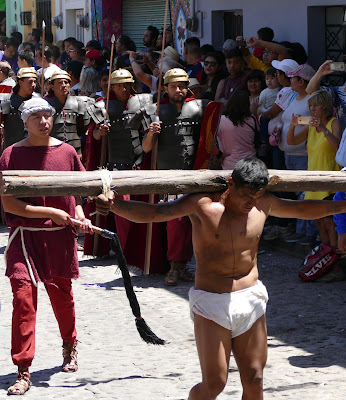 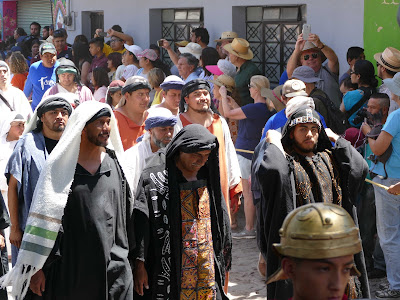 As the gates to the church square opened, and the play continued into the streets, I began to take the few photos my battery life would allow. It took awhile, but soon I began to realize how much the re-enactment was touching me. It’s a story I’ve lived with my entire life, but watching men carrying crosses through the streets, their backs red with whippings, made the story more real and moved me in a way I did not expect.

Mexico continually surprises me. But, then, there are also always the dogs. If any of you want to know ... and see ... more about Holy Week here in Mexico, I highly recommend this blog: