Haciendas in Mexico ... where the past and future mix and mingle

In a time before backhoes and jackhammers, sewer systems, and electric lights, in a highland filled with wild cattle and endless vistas, hundreds of haciendas of the wealthy created a network of commerce and life across Mexico.
Yesterday, Jim Cook led us on a walk back in time as we toured the ruins of four of those haciendas and tried to imagine a different world ... one where it required gun slits to protect your property.

When Jim and his wife Carole arrived in Ajijic almost eleven years ago, they began to document their travels and adventures in what has become an extremely popular and informative travel blog … Jim and Carole’s Mexico Adventure. Jim generously invites people to join him on his explorations, so we met early yesterday and headed out to explore a way of life that no longer exists.

The ruins we toured were mostly two-to-three hundred years old: an eye-blink on the grand scale of history, and yet close enough to our own time to see the relentless forces of change.
Two hundred years ago a wealthy land owner built a casa grande attracting the likes of revolutionary hero Miguel Hidalgo y Castillo on November 24,1810, only two months after his famous "Grito de Dolores" calling people to join him in the Mexican rebellion.
The hacienda included housing for at least some of his workers, his own opera house (where Porfirio Diaz attended a performance), and a railway and station.
However, the owner's world and fortunes changed: his home became a bank, his chapel the town church, the opera house a library and event center, and the railroad station sits surrounded by chain link fencing, waiting for the next wave of change. Today, even the bank is gone yielding to progress as a central plaza develops. 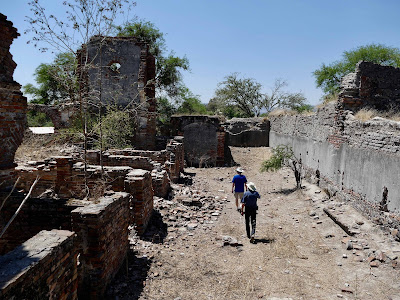 As we walked through these ruins, though, I also saw the relentlessness of life: weeds and cactus growing on the tops of crumbling walls, cows and goats thriving in a feed lot of what probably used to be a grand garden, flowers blooming on a broken aqueduct that ran for at least a half-a-mile across the former lands of the hacienda, a pony suckling his mom while we watched. 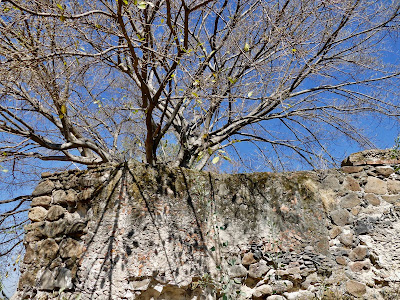 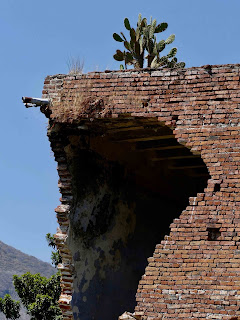 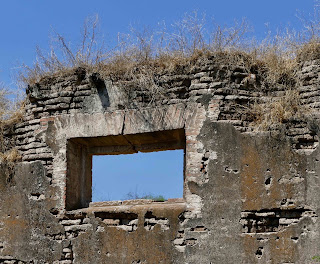 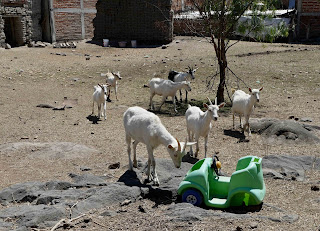 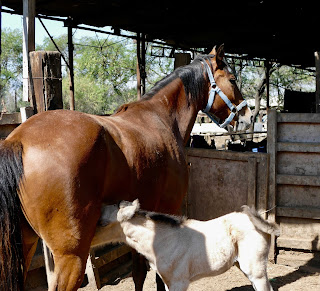 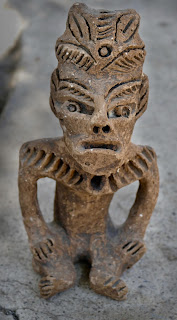 Also, of course, what would any adventure be without a story? At one of the haciendas, we met a man who shared a name with a famous artist. He showed us some ancient artifacts he had found ... for sale, of course. A great deal of conversation ensued about their beauty and authenticity. It added to the richness of the day. 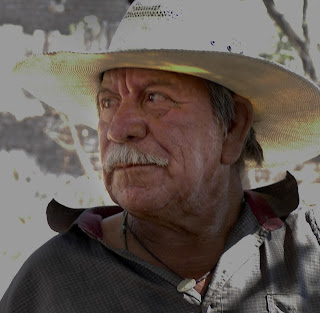 The oldest building we saw was a Hospital for Indios en Santa Cruz El Grande. It was apparently built in 1534 with an outdoor cross where large gatherings of native people were "converted." Services were ongoing when we arrived so we could see inside the structure but did not go in. 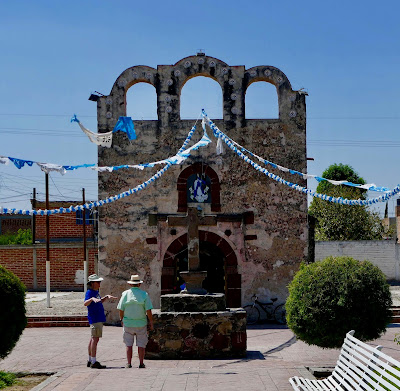 I have to wonder what I would see if two-, three- or four-hundred years from now, I could walk through my world of today. Which of today’s wonders will be repurposed into something I can’t even imagine today … and which will become simply ruins to make people of the future ponder the past?
“This, too, shall pass,” the philosophers say. Yesterday made me think we should add the words ... "but life goes on."

Thanks to Jim Cook and all the caretakers and key-carriers who generously opened their buildings and their days to share their history with our small caravan of explorers.
Jim’s itinerary for the day and the google map for where we would be exploring:

Hacienda La Campana- near Poncitlán. 19th century (possibly earlier) ruins at the edge of the small pueblo of the same name. Very interesting and photogenic site with beautiful countryside.