Me, Too? Trying to find the answer leads to a clue 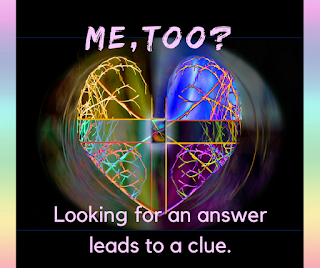 My heart breaks for the flood of “me too” messages. Even my darling granddaughter, barely 16, writes “me too.” I knew the numbers were huge but I didn’t know how huge. It made me begin to wonder how and why I have been so lucky. I have not had to deal with incest, rape or physical or mental abuse.

As I’ve rehashed my history, I realize I’ve never been pressured or harassed at work. I may have laughed off a few inappropriate comments and ignored some nude calendars, but I’ve never been groped, fondled, pressured or propositioned. My father instilled fear in me and perhaps that created a kind of “jerk-dar."

Digging through my work career, I can find few men who weren’t absolute gentlemen. In my relationship history, even the failures were generally smart, funny men who were never unkind. As I kept digging, however, I finally found a jerk in the shadows, but it was so far back and so minor that I hesitate to say, “me, too” because it seems to demean the suffering behind those words for so many others.

However, I will tell the story, insignificant as it was. I was a young wife and we were in college at a party with friends. The hostess was a good friend but her husband was a known jerk and he was always coming onto me. Wherever my friend is now, I’m sure she has written “me, too.”

Anyway, I always avoided being alone with the husband until one night he pulled me into a bedroom. We had all been drinking so I was trying to be as polite as possible when I told him I wasn’t interested. Apparently, he finally realized I truly wasn’t interested so he called me a disgusting, fat cow and walked out. He knew which button to push and my feelings were hurt, so I left the party with my husband.

The thing that hurt the most was that my friend never said anything or apologized. I didn’t care about her husband, I knew what he was, but I wanted her to say something, to be my friend. Many years later, she told me she was too embarrassed to say anything.

Maybe there’s a clue in this small story. My friend knew she was married to a predator. She knew he had targeted me. She didn’t know what to do, so she did nothing.

Maybe women have been too blind or complacent about jerk behavior of the men around them. Every woman who writes “me, too” was assaulted or abused by someone’s father, husband, brother or son. Maybe this outpouring of stories will make all of us more aware of what might be going on in our homes, workplaces and in our social lives. Maybe we will become more protective of each other.

I honestly do not believe that the men in my life have been jerks to or predators of other women. But, when I see the “me, too” postings, it makes me wonder. My awareness has been raised. We women need to believe each other and protect each other. We need to cherish each other and not look the other way when a guy is being a jerk or a predator.
This doesn't mean this behavior is our fault. It does mean that we need to make it stop.

Labels: Me, sexual harrassment, telling our stories, too