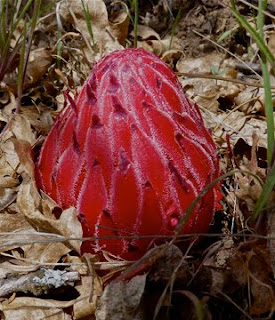 Accreditedonlinecolleges.com has created a series of 25 talks designed to stimulate your thinking. One that caught my attention is this one by Mitch Resnick ... here's the introduction:


A few years ago, the government of Singapore summoned Mitch Resnick to help crack a problem. Although thousands of schoolchildren in that country were designing and building robots using the Lego Mindstorm kits Resnick helped invent, Singapore businesses complained that when these same students hit the workplace, they lacked creativity and initiative. Resnick discovered, in conversations with teachers, that robot building was an after-school activity, and classroom time was devoted to math and science drills.

This is Resnick’s issue in a nutshell, he explains. “The way technology is getting out there is limited.” If the “richest learning experience happens when people are actively designing, experimenting and exploring,” then why can’t we extend this approach into the school curriculum? Computers and technology should not be used merely to impart information, but to engage kids to design, create and invent – much as little kids do with blocks and paint in kindergarten.

Resnick demonstrates the creations of children who participated in special engineering and software designing courses. He had posed the challenge of inventing something that could be useful to them in everyday life. The results included such unique items as an odometer for roller blades, a diary security system, an automatic toilet paper dispenser and a mobile, wearable juke box. Resnick has launched Computer Clubhouses in locations around the world where kids often have no access to computers. He believes that “success for an individual or a country as a whole will depend on acting creatively.”

Audience questions focused on how to encourage U.S. schools to adopt Resnick’s ideas, given the emphasis on teaching to the test, and the lack of teacher support.

The video of the talk is available at http://mitworld.mit.edu/video/372 ... a little over an hour.

About the image:  A snow plant found at Mammoth Pool, CA
Posted by Joyce Wycoff at 6:40 AM