There Is No Speed Limit 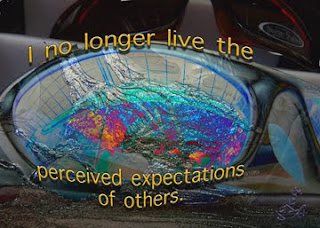 Maureen at Writing without Paper always finds the coolest stuff. This morning she turned me on to musician Derek Sivers and his eye-opening 2-minute TED video. She also said he blogged so I check him out and ran across this life lesson: There Is No Speed Limit. The story behind it is that Sivers as a 17-year-old kid, called a recording industry guru and was invited to come by. Unlike most of the kids who had been told the same thing, Sivers showed up and was then given 5 lessons that allowed him to test out of six classes in college and graduate a year and a half early.

It's a great story and Sivers emphasizes the lesson he learned by stating, "This article wasn't meant to be about me as much as the life-changing power of a great teacher and raised expectations."

What if we knew that there were no speed limits in our own lives ... what expectations would we change? What would we do differently?

About the image: This is one of a growing series of "intention art" images that I have been doing over the past few weeks.