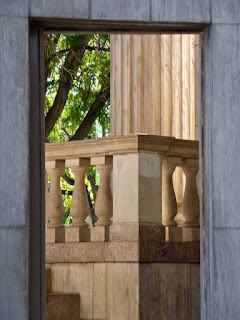 This weekend was a gift that reminded me that my job right now is to be available to life and its wide spectrum of joys and sorrows. Perhaps being available is always our job but one that easily gets buried in the rush of everyday life and distractions.

A few weeks ago I saw a small notice in a local paper about the "Boulder Shoot Out," a film contest that gives teams 24 hours to create a 7-minute movie. There was a call for volunteers so I submitted a form and then forgot about it. Last week I got a call from a woman who asked me if I wanted to be a first round judge for the contest. I said yes and then decided that I wanted to be more involved so I showed up at registration Friday night. I didn't have much to do so I wandered around talking to the teams, making sure they had all their paperwork and connecting them to available actors and actresses and anything else I could help with. The teams ranged from young to old, novice to semi-professional. The one thing they all had in common was enthusiasm and excitement. It was infectious.

Saturday night I went back for the check-in. There was a count-down clock and anyone who didn't make it in by the end of the 24 hours was disqualified. Two teams didn't make it ... by seconds. A total of 39 teams turned in films and we judges spent the next several hours reviewing them. Some were pretty bad, some were really amazingly good considering the rules that included only in-camera editing. All of them contained creative sparks of the teams that produced them.

After all of the teams checked in, I walked over to a young camera man who had been filming the shootout activities for a documentary. He had been working hard so I just wanted to say hi and see what he thought about the activities. He decided he had to interview me since I was a judge (something I had been trying to avoid) and we started talking about how much fun the contest looked like and the possibilities of actually being part of the next one. When he found out I was a writer, he suggested that we team up for the Cheyenne ShootOut that will be held next month. By the end of the evening another couple had joined us so I may be on my way to making my first movie ... a thought that makes me chuckle. Like most people who have lived in Southern California, I, too, have an unsold screen play (unsold primarily because it's really pretty bad) and have had fantasies about "making movies." I never thought about making a 7-minute one, but who knows, maybe that's my way of scratching it off my "bucket list."

Or maybe it will turn into something else ... who knows? I just have to stay available to what the Universe brings. I know I can't control what comes my way ... I can only control my reactions to what comes and try to find the joy, lessons and connections available in each moment. Perhaps this is what Rumi meant when he said, "Learn the alchemy true human beings know. The moment you accept what troubles you've been given, the door will open."
Posted by Joyce Wycoff at 10:36 AM