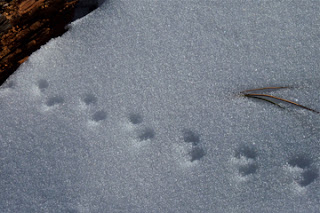 A few months ago I attended a workshop where paying honor to our ancestors was part of the ritual.  It wasn't a very meaningful part of the workshop because I have no ancestors ... at least no knowledge of any.  I know my DNA drifted down the river of time somehow but it didn't seem like it involved real people or that it had any relevance to me.

Awareness of lineage was not part of my family culture and divorce had so muddied the waters that no one really kept track of relationships.  This became very clear to me when I was about fourteen and decided to chart my family tree. I had heard that my birth-father's family came from Austria and Norway and I thought that was exotic and wanted to know more.  But, in those pre-computer days this was not an easy task, especially for my mother's family who couldn't seem to remember all the sibling names let alone any of the details.  And, I had no idea how to find my father's family.

At the end of the recent workshop, I thought maybe I should try again since it is so much easier to find information these days.  That thought went unexercised until today.  After ancestry.com showed up in three different places, I decided to check it out.  I started a tree for my father's side expecting to find that my grandparents had emigrated from Austria and Norway and wound up in Maine.  However, Ancestry.com is like playing a game, drawing you deeper and deeper into the past.  Census records from the 1800s offer spouses and children and the tree starts to sprout branches.  Other people working on different branches of the same tree (there is, of course, only one big tree) and I was surprised to see the trail dipping deeper and deeper into the past ... all in Maine until in the 1700s when the births, deaths and marriages moved to Massachusetts with one ancestor named Benjamin was born on July 5, 1776 (it was probably a popular name about that time).  But, it didn't stop there ... back and back the line went until it reached Plymouth in the 1630s (the Mayflower landed in 1620).  There's even an ancestor who wrote a genealogy that traced the family back to 1066 ... of course that required a jump across the water to England, Ireland and Scotland.

Now, there is nothing remarkable about any of this ... every one of us have ancestors that go back to 1066 ... and even further.  What stunned me was that I didn't know any of this.  Some of my ancestors were religious rebels, adventurers who made a dangerous voyage across the ocean for their principles.  They risked everything and I didn't know enough to honor them.  Somewhere along the line, most of us stopped talking about our ancestors.  We let our date-and-battlefield laden textbooks sap the juice out of our history.  Our ancestors were real people who faced incredible challenges and passed along real genes.  Mine are part of me and yet I am completely ignorant about who they were and what they gave me.

I read recently that genealogy is today's number one fastest-growing hobby ... maybe that's a really good thing.  Maybe we'll start telling our children about their ancestors and helping them feel a connection to and pride in the past while their young.  Of course, I thought I was going to turn out to be a Viking and, instead, I've wound up as a Pilgrim.  Hmmmm.

About this Image:  this is what my ancestry.com efforts felt like ... the tracks were clear but I couldn't see what left them ... or where they were going.
Posted by Joyce Wycoff at 12:58 PM