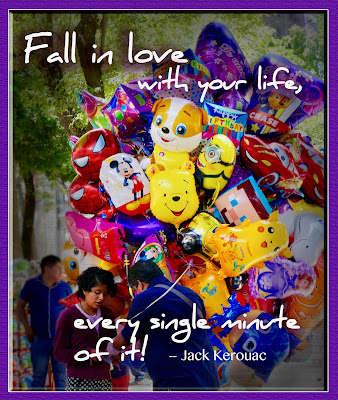 In an effort to counterbalance the other side of Facebook, twitter and life in general right now, I’m going to start doing a monthly blog of things I've found on Facebook: great stories and things that inspired me … the monthly sunshine that makes me happy and renews my faith in human kind.

Erasing Hate — Corey Fleisher is a Canadian-based graffiti removal specialist and power-washer who dedicates his free time, skills and resources to create awareness about hate crime and anti-Semitism, and he’s inspiring a community of activists to improve society and abolish hate. TedxTalk. Video

Saving the Coastline — Jack and Laura Dangermond save the coastline for future generations. They donated almost 25,000 of California coastline to the Nature Conservancy, land they bought for $225 million. Thank you for your generosity.

Cecilia Payne-Gaposchkin — determined, dedicated, and strong enough to buck the old-guard. At 25, she wrote a brilliant PhD dissertation about the make up of the Universe, one considered by many astronomers to be one of the best and most influential in the field of astronomy, although the credit for her thesis went to a man. Includes video.

The Dead South have transformed bluegrass with their single 'In Hell I'll be in Good Company’! This just makes me happy.

Colin Kaepernick - "JUST DO IT" Nike Commercial 2018 - "You don’t have to be like anybody to be some body."

LP Video - Lost On You. Weird name - amazing voice. Laura Pergolizzi is an American singer and songwriter who performs under the stage name LP. She has released four albums and one EP. She has written songs for other artists including Cher, Rihanna, the Backstreet Boys, Leona Lewis and Christina Aguilera.

City with no cars - Pontevedra, Spain - you can hear the birds sing in Pontevedra because, "decided to take back the public space for the residents and to do this we decided to get rid of cars.” There have been no traffic deaths in the city since 2009.

Washing machines and bullying - When Principal Akbar Cook installed washing machines in his high school in Newark, attendance went up and bullying went down. Schools are spending huge sums on anti-bullying programs. Maybe the dollars are going in the wrong direction. Includes video. 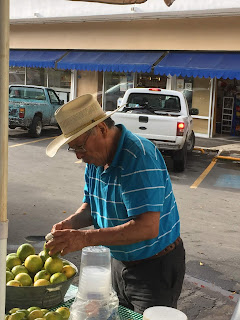 Caterpillar to chrysalis - an amazingly uplifting video about transformation

Whistling Orange juice man is on the street every morning, making juice and whistling. He always makes me smile.