Charlie Brown, Lucy and the Football 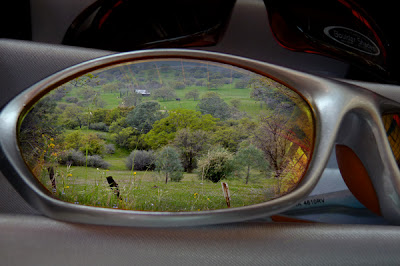 I think of myself as a sane person.

But then, Charlie Brown probably thought he was sane when every fall his thoughts turned to the glory of a magnificent kick into the end zone.

Lured by Lucy's promise to hold the football so his fantasy can be fulfilled, time after time he falls into her trap and winds up on his backside.  Lucy is a master of deceit ingeniously finding new ways to be trusted.  Charlie Brown is starry-eyed, desperately wanting to believe her and live out his dream.  This gag went on year after year ... probably because we all recognize ourselves in the scenario.  Probably because we all think we're a little smarter than Charlie Brown and we won't fall for "it" one more time.

June 17th is my chosen "death day."  We all know and celebrate the day we are born but we don't know the day we will die.  So, I've chosen June 17th as my death day since it is half a year away from my birthday.  Every year I try to give up something that no longer serves me.  I've been trying to figure out what I'm going to let go of this year but finding it difficult to identify what needed to be released.

It's tricky ground though.

As an advocate of possibility thinking, I believe things always live in the realm of the possible.  One day Lucy might actually choose to hold the football and Charlie Brown might actually get the kick of his dreams.  So that dance between being open to new outcomes and insanely expecting a different result from doing the same old thing can be a little toe tangling.

I don't believe it's about giving up the dream ... but more a matter of creatively thinking about new ways to support it.  After all, Charlie Brown could have asked Linus to hold the football.  He could stop expecting Lucy to be someone she's not.  He could invent a remarkable new holder and kick footballs until his toes tingled.  He could patent it and become rich helping children across the world fulfill their own dreams of the perfect kick. ...

So, on this approach to the anniversary of my death day, I prepare to let go of misplaced trust ... but not the dreams behind it.

About this image:  Dreaming of Home

One of a new series of "glimpses."