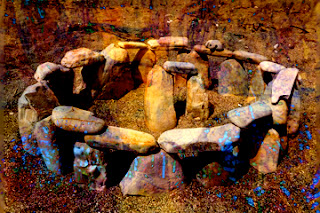 "It is better to suffer wrong than to do it, and happier to be sometimes cheated than not to trust. "
-- Samuel Johnson

Last week my dad died.  He was 90 and all his systems were shutting down ... it was his time.  When my mom died three years ago, all he wanted to do was die also.  But his life veered off on a different path, in some ways good, in some ways simply bizarre.  He met, befriended and was befriended by a soap opera cast of characters and I got a glimpse into a world of "tweakers" where jobs are rare and truth is rarer.

It's probably an old story ... young women with a seedy past and few prospects and an old man, lonely with nothing to live for.  For three years they entertained him, gave him something to look forward to ... and took his money.  He didn't have much so it probably balanced out.  But, as he approached death and then died, the feeding frenzy over his already bare-bones estate escalated into a chaotic torrent of accusations, counter-accusations, police involvement and a blizzard of phone calls.
Trying to handle by phone the mountain of details that accompany death meant dealing with these people and with numerous police officers who kept getting called into the mix.  I am basically a trusting person and will believe anything someone tells me until I find out it's not true.  This past week offered me a lot of finding out.  It made me realize how precious truth and trust are.  Once those are gone, life is a very uncertain place.
This morning, I sit in my office looking out at this bright green day with the sound of weed-whacking overwhelming the calls of the blue jays and woodpeckers and I am grateful for every true sound and for every person in my life who tells me the truth and has proven themselves completely trustworthy.  I've taken that truth and trustworthiness for granted for way too long.
And, I take the moral from Sam Johnson ... it is still better to trust people and be wrong occasionally than not to trust at all ... that would be hell.
Posted by Joyce Wycoff at 9:43 AM