Don't Pick Him Up 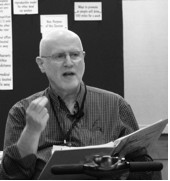 I've been particularly blessed the past few days to read books written by two friends.  When I was a young girl in Kansas with my nose stuck almost permanently in a book, I never dreamed that I would someday know people who actually wrote books ... it was simply incomprehensible.

There is a special joy in reading a book written by someone you know, a poignant connection to the stories, a familiar ring to the rhythm and words, a reminder of things known and an introduction into corners unknown.  The one I just finished is by my friend Jerry McNellis and his mother, Helen McNellis, a very young 98-year-old.  The book, "Don't pick him up" is the story of the McNellis family dealing with Jerry's polio which he contracted in 1946 at age 3.
It was early in the epidemic which would spread fear across the land for a decade as hundreds of thousands of children and families were changed forever.  The title comes from the doctor's advice when Jerry came home after four months in the hospital ... "Don't pick him up."  Let him fall and let him find his own way to get up.  Imagine being a mother watching your three-year-old child struggle, fall, injure himself and never allowing yourself to pick him up, resisting the urgent desire to help him.
The book is written as excerpts from interviews Jerry did with his mother, three brothers, other family members and doctors.  Its straight-forward, unembellished telling adds a starkness and immediacy to the story.  You become part of it ... part of the 17 surgeries and dozens of body-casts ... part of the endless doctor visits, hospital stays, home exercise routines ... but, mostly you get to watch the development of a soaring spirit that never saw disability, just a need to do things in a different way.  Jerry played football, rigged a contraption that allowed him to ice-skate, climbed trees ... and fell out of them ... with a cast on ... danced, dreamed and lived life on his own terms.
One of the things that drew me to Jerry was the way he approached things.  If he was going to do something, he was going to do it in a way uniquely his and in a way that would delight others.  He always found a way to add a deliciousness to everything.  We met not long after his first marriage ended and a few years later he was ready to find his new life partner.  He embarked on that project with that same spirit of joy, creativity and an eye for fun.  Every once in a while we would talk and he would tell me stories about dates he arranged ... they were all so creative and funny that I finally told him he had to stop.  Every woman he went out with was going to fall in love with him and he'd never be able to choose the right one.  But he didn't stop and he did choose just the right one.
Jerry McNellis is one of the most remarkable people I know.  After reading his book, I have to add his mom to that list.  And, I'm not sure ... but this may be the best parenting book I know of.  One of the stories Jerry shares is how he and his three brothers were talking at a family gathering and somehow the subject of "who's mom's favorite" came up.  Each one of the brothers swore vehemently that he was his mom's favorite and were amazed when they found out that each of the others were also sure that they were the favorite.  What a woman.
More about Jerry and his work at: http://www.mcnellisco.com/
Posted by Joyce Wycoff at 8:58 PM