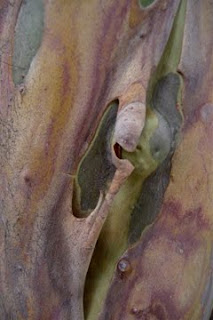 I spent a few months recently exploring the world of match.com and was intrigued by how many profiles stipulated:  No Baggage Please.  Now being "of a certain age," I was looking at profiles of men who also had six or more decades of life experience.  I can't imagine how anyone arrives at this stage of life without baggage.

Today is Gratitude Sunday and I want to celebrate baggage ... while it may be an infuriating, bewildering constant companion ... it is also a teacher who helps us uncover aspects of ourselves we might never meet otherwise.

I'm spending the weekend with my friend Emily who's an artist and a therapist and a lot of our conversations are devoted to unpacking our baggage, letting go of those things that aren't serving us, adding a little lavender sachet to freshen it up a bit and repacking everything neatly for the next time we open it.  Neither of us have a lot of tolerance for whining about our childhoods but we both know that each subconscious is filled with messages that arrived before our minds were capable of sorting out good from bad.  As adults, we too often make decisions based on those messages ... what are sometimes called "zero-order" beliefs ... rather than what our conscious, logical minds perceive and think.  That's where the "fun" begins.

Looking at our actions that often seem to make no sense can reveal patterns that trace back to those early childhood messages.  And, it doesn't seem to matter how many decades of logical, upright, hard working life we've lived ... the patterns still show up in bright relief.  One of my patterns that came to the front and center recently is how often I get involved with people who don't see or hear me.  I'm a great listener and seem to project a magnetic field for great talkers.  That would seem to be a perfect equation for a powerful bond but what actually happens is, after a while, I feel invisible and under-valued ... and, after a while, the other person either gets bored and moves on or feels betrayed when I want to make my presence more known.

I've recognized the pattern before but it wasn't until a recent rather casual conversation where I was telling a friend about a dog from my childhood that the pattern came into sharp focus.  When I was about 10, we got a fluff-ball puppy and I fell in love with it.  He was so beautiful I wanted to name him Prince or King but my parents named him Shorty after my grandfather whose nickname was Shorty.  I was broken-hearted at the belittled name and never did understand why we named our dog after my grandfather.  It was very confusing.

It wasn't until my friend expressed her surprise and said that in her experience, the kids always had a major say in naming pets that I saw this minor incident as an example of a "message" that had become a zero-order belief.  I believe my parents loved me as much as they could and did the best parenting they could, but they did not value me, my interests or my opinions.  I was "just a kid," a second-string player in their lives.  The belief that formed was that I'm not interesting, valuable, or lovable as a person ... that I'm not as important as other people.

Fortunately, this belief has not dominated my life but it continues to work its sometimes not-so-subtle influence on my self-confidence and choice of life goals and friends  ... and especially men.  I am often attracted to bright, witty people who talk well and listen poorly.  This weekend, Emily and I unpacked this particular piece of baggage and identified other, usually minor, memories that contributed to the pattern.  We talked about ways to identify the pattern earlier and how to take an inventory of the people in my life ... those who make me feel like a valued person and friend and those who drain my sense of self-worth.  I don't have to eliminate people from my life, I just need to recognize the dynamic and decide whether it's serving a purpose.

This new awareness was prompted by my teacher ... baggage ... and for that I am grateful.  I also credit this particular item of baggage for my impulse to write ... to be heard.  Writing has always been a joy for me and I love being part of this democratic age of information when anyone who wants to be heard can add her voice to the electronic symphony, which may not always be harmonious but is always full-bodied and rich.  Belonging to this blog circle and meeting other bloggers who are so generous with sharing their thoughts as well as listening to the voices of others  draws the power away from that old message and makes me feel taller and stronger.

A few posts ago Louise at Recover Your Joy asked the incredible question:  "Who am I when I am not being run by my past?"  When I am not being run by this old belief, I am a writer, an artist, a valued friend, a concerned citizen of the planet, a woman free to explore the possibilities of her world ... and a little girl running through the woods with her dog, Prince.

Thank you friend, Baggage, ... now I wonder what's the next life lesson you have in mind for me?
Posted by Joyce Wycoff at 10:39 AM