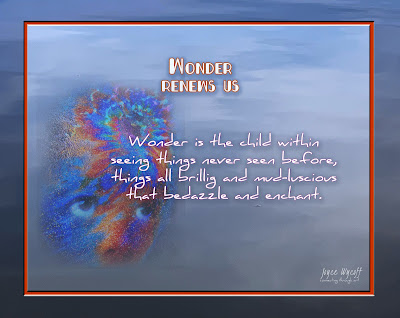 Finally, after several weeks of having my blood glucose bump up into the unacceptable range, I have finally found an answer … one I hadn’t expected.

Over these weeks, I tried many things including a 30-day sugar fast, and the elimination of almost all high-glycemic foods and processed carbs. It was frustrating and I began to wonder if I was losing the struggle against diabetes, which runs through my family. After reading about emulsifiers, I wondered if the issue could be eggs and cottage cheese, protein staples in my food choices.

When eliminating those foods didn’t seem to have an effect, I was truly worried that somehow my body had passed into a new stage of pre-diabetes. I dug deeper into Google and began to monitor glucose levels before and two hours after meals.

Nothing seemed to make any sense … or difference. At one point my fasting blood sugar rate was higher in the morning than it had been the night before (with no food inbetween) and I discovered something called the “dawn effect,” which was scary because it seemed to refer to diabetics taking insulin.

Then a thought occurred … what about in-between meal snacks? I had been eating nuts and cheese rather freely since they are low glycemic. However, could they be maintaining my blood glucose at a high level so that it never had a chance to recover? Three days ago, I stopped anything in-between meals and the result was immediate, even when I had eggs and cottage cheese, even when a meal included a bit of carbohydrates. 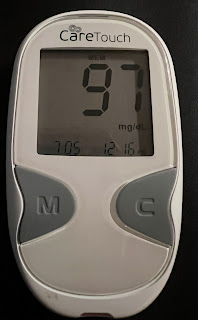 This morning, for the first time in the past three weeks, my glucose rate has dropped back into the normal range I’ve been striving for (under 100). I know that the recent spike was created when I got lax about avoiding sugar. I thought a few days of no sugar would get me back on track, but it didn't. Then, when I substituted snacks of nuts and cheese for the missing sugar, thinking that would help, it only maintained those elevated levels.

I don’t know if this is a universal solution since I haven’t read about it on my information searches, but it seems to be working for me and I’m staying with it. While sugar is not a healthy food, I may not have to give it up entirely as long as it’s in moderation and balanced with a healthy meal. On the other hand, snacks need to be watched carefully even when they are so-called “healthy snacks.”

P..S. There is a ton of material on “healthy snacks,” especially for Type 2 diabetics who need to regulate their blood glucose. Do you need snacks, healthy or not, is a question I didn’t find an answer for. If you have a blood glucose issue, you may have to find the right answer for your own body by monitoring more frequently. I have been tempted to buy a continuous monitor to get better readings about how my body reacts to various foods. For now, though, I’m just going to continue to test the idea of avoiding snacks and limiting sugar.