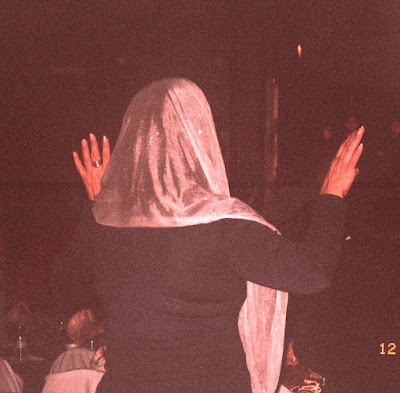 PREQUEL TO THE MISSION BELLS TRILOGY

Nina's dry hands, cracked as the parched earth, bleed when she scraped her knuckle on a scrubbing stone. The laundry, stained with red blotches, marked her life as it drained away.

Overhead, two black birds swooped and squabbled over crushed acorns. Slick feathers gleamed in the sun, their glamour dulled by the ruckus.

This isolated life in the desert cabin baked away all hope. Even those who flew screeched with discontent.

The Clifton Trader was the only place to buy packaged goods and ready-made clothes within one hundred miles of Tucson, Arizona in 1895. It was a company store for the miners. Manuel Garcia worked for Phelps Dodge Copper as the store clerk. Today, he was anxious to close up but one woman lingered and took her time fumbling with her coins.

Nina waited until everyone left before pointing out what she wanted. Manuel was disinterested in the affairs of the Indian woman everyone referred to as 'La Chata'. They said she was only 19, but she looked ancient under her crusty skirt and shawl. He rolled her items into a small brown package.

She replaced her leather coin pouch under her rebozo then left the store without uttering a word, climbed onto her wagon, and pushed the package behind a bag of flour. Her husband's work horse snorted as she let the whip loose on his behind. One beast pushes another, she thought.

Guilt rode with her. Nervous excitement awaited in the brown package. A slight breeze stirred under her heavy skirts. She felt a sinful pleasure all the way up to her thighs. Another beast dragged her back to reality. She spotted her husband's palomino in the corral beside their adobe cabin where she knew he would be irate having to wait for his dinner.

When they married one year ago Pablo's papa made a big ceremony of giving the young couple this converted chicken coop for a home. Sweeping the dirt floor stirred up feathers from former residents. Wire grate vents were her only view of the outside world. Two bales of hay leaned against the mud bricks. Nina stashed her package between the bales, gathered her courage and other essentials, then shuffled into the cabin.

The savory aroma of hot quisado stew filled the cabin. Pablo's work clothes lay discarded in her laundry basket. His expression as glum and still as an Aztec god awaiting an offering. Nina fumbled, dropping a clay bowl in her haste to serve the stew. His scolding glance frightened her. His crisp shirt and pants signaled his evening plans. As her husband ate Nina stood in silence. Her imagination raced with plans to retrieve the package as soon as he was gone.

Tomorrow night, she thought, he will not abandon me. His tavern friends will be shocked to learn what La Chata has done.

At twilight the next evening Nina retrieved the package and opened it with care and reverence. She unfolded a pure white blouse and a red ruffled skirt. Town women wore such clothes, the ladies Pablo visited each night that she lay shivering in their bed. She dabbed her olive face with powder and rouge then tied her heavy braids with colored ribbons. Comparing herself to the feminine image on his old whiskey bottle she prayed to lure him home.

Tired and hungry, Pablo slunk into the dim cabin. He didn't bother to glance at his wife, a round-shouldered stranger, as she served his meal. He hurried off never noticing the fire pit smoldering with red and white cloth scraps. Later that night Nina tugged their old nag toward the Mission, lit a candle, and prayed for forgiveness.

The End of the Story: The Beginning of the

Click here for more about Anita and other Been There Voices