A strange land: No passport needed 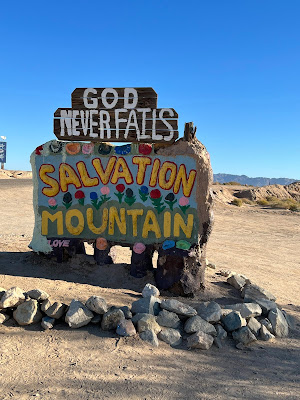 There is a place, just across a border, a border unmarked on any map. It is a paint-splashed place just beyond the norms of here and now, this and that. A place where discarded televisions, old tires, left over cars, empty paint cans, and unleashed freedom dance their way into art. It is a disordered place of chaos and beauty, of yin and yang, a defiant, blatant physical rebellion against expectations of square-cornered control. 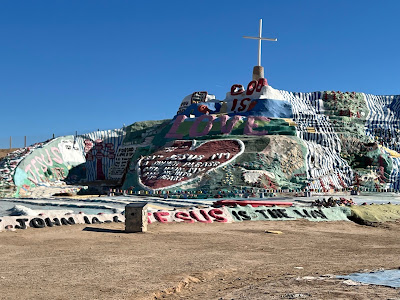 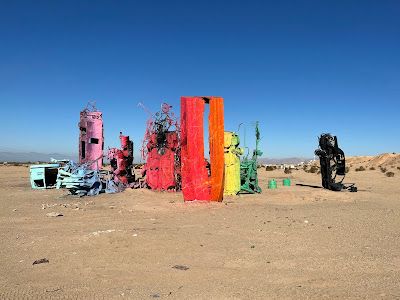 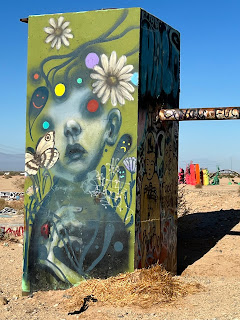 In this place lives a tribe of misfits, the rejected and rejecting ones: dreamers, painters, sculptors, wild-eyed visionaries, hoarders and protectors of the debris of the commercial world, pontificators, dropouts, over-dosed crazies, shattered geniuses, potential messiahs, and a greeter named Wizard … all skipping blissfully and blindly toward the promised land at the tip of Maslow’s hierarchy, attempting to create heaven on earth in the midst of an accepting but unyielding desert. 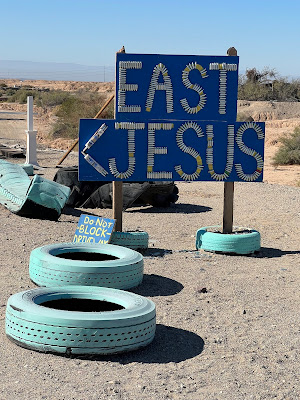 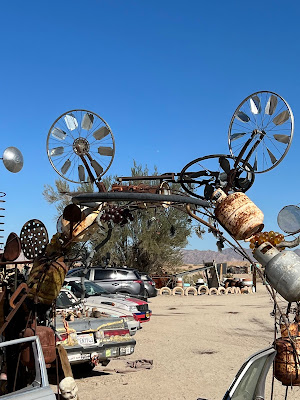 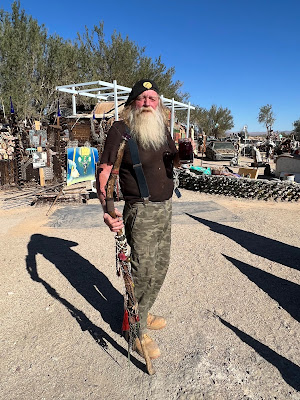 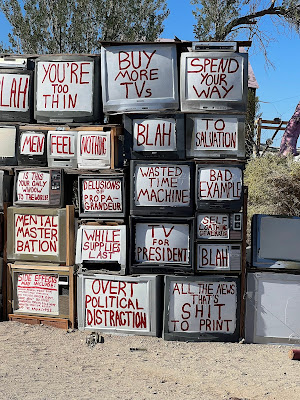 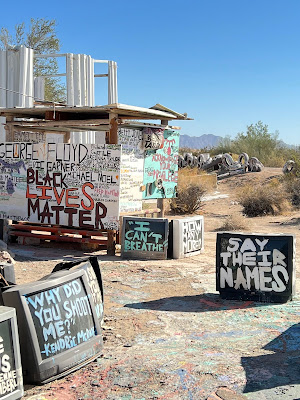 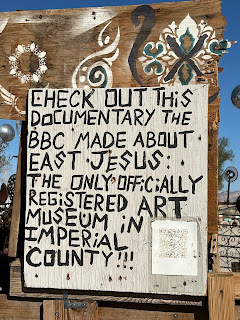 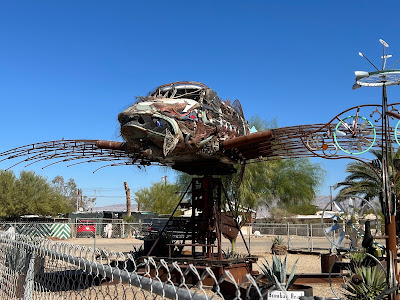 In East Jesus over the past two and a half years, a type-A woman named Dot has created an entrepreneurial empire that sprawls over several abandoned and relocated trailers, including a 3,000 book ArcHive, a boutique housed in a repurposed school bus, an art emporium, and a blind-eyed chicken. 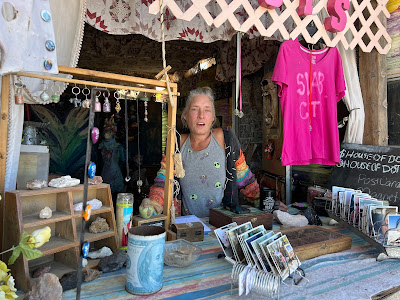 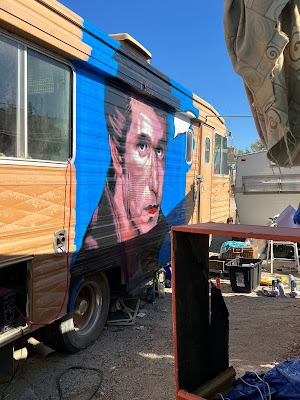 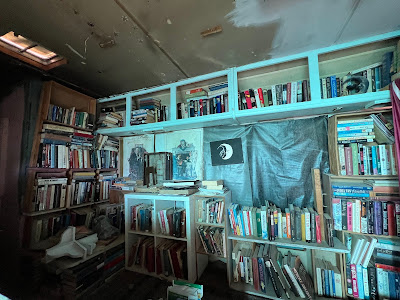 These are pioneers shaking off their past as they stake their claims in the name of art and freedom from a broken future. Their place has many names: 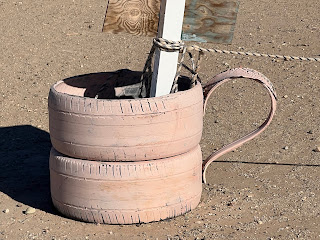 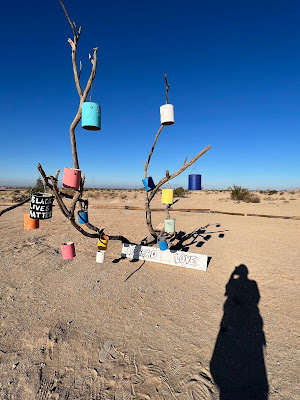