Day 4 of 15: Comfort zone freakout or where's my mettle? Updated)


The 4 am voice of reason woke me up with one word: mettle … a person's ability to cope well with difficulties or to face a demanding situation in a spirited and resilient way.
Yesterday was a hard day, a disturbing day from the beginning. The plan was to drive 2 hours to the campsite at Mount Diablo. The first “demanding situation” was traffic. It’s obvious that the lessons offered to us by COVID are being forgotten. Smog is back in the LA basin and even non-rush-hour traffic here on the outskirts of the Golden City is horrendous. However, I made my way through the peach-colored hills and found a no-railings snake path up Mount Diablo. Fear woke up.
As I inched my way to the campsite, resilience evaporated. On the single road to the summit, I missed my camp turnoff and found myself desperately trying to figure out where the hell I was. Help came in the form of a woman on a candy-apple red motorcycle looking out over the incredible view. She wasn’t much younger than I am and we chatted for a bit and she managed to figure out that I was about two miles off course. I back tracked and finally found my allotted campsite, which was wholly inadequate. In a basically empty campground, this spot wasn’t big enough for my tent and my car. And, while it was beautiful, live-oak studded country, fear was yelling in my ears that this wasn’t right, that I needed to flee. 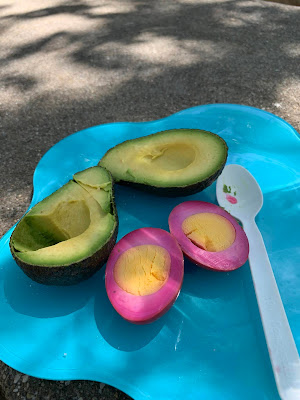 I decided to at least have lunch and found a lovely picnic spot under an huge oak, where I began to unravel my plans. I would go to the coast for a couple of days before picking up my planned route again. So back down the trail and into the river of traffic I went.
I thought the traffic would lessen as soon as I was across the bay, but it continued. The 101 I remembered from a honeymoon bike trip some forty years ago was now a congested freeway all the way to Healdsburg (charming by the way) where I gave in to the call of sugar.
My 2-hour drive had now become 7, but I decided to make it to Ft. Bragg, another 2 hours. When a road sign offered a different way to get there, I turned onto Hwy 128 and immediately fell in love with its mostly empty, stunning twists and turns. It quickly became one of my favorite roads although it was getting late so I didn’t stop for pictures. Big mistake.
Finally reaching Ft. Bragg, I turned into a motel, contemplating a day of beach combing and exploring before continuing on up the coast. The minute I stepped out of the car, frigid wind blasted my summer-clad body and reality struck: the next ten days could be more of the same. When I checked the weather app, it confirmed that reality and I went in to full body, comfort zone freak out. If I could have tele-transported myself to my little RV in Julian, I would have. Since I couldn’t, I began cancelling reservations, begging friends for a warm bed, and pulling into my turtle shell in every way possible.
Then came 4 am and I woke thinking: what kind of an explorer am I to quit so easily? I have base layers. I have a coat and gloves. So I get cold; so what? Where’s my spirit? Where’s my mettle?
(To be continued)
Later. Yeehaw! Put on my base layers, jeans, gloves and fleece and headed to Glass Beach. Was it cold? Yes. Was it wonderful? Absolutely! Meltdown is over. The question that came to me is:
What would I miss if I didn't do this thing I intended to do?
Here are some photos from an exhilerating walk I would have missed this morning ... and my theme song for the day. Stay Alive! 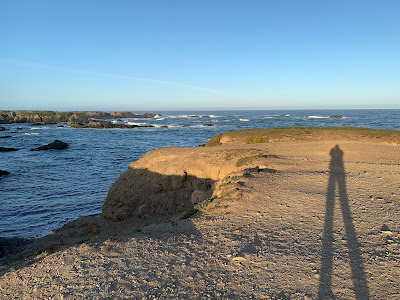 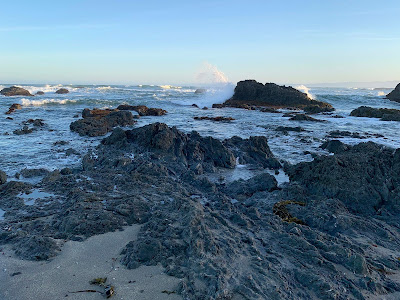 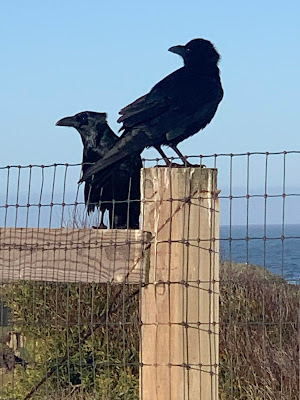 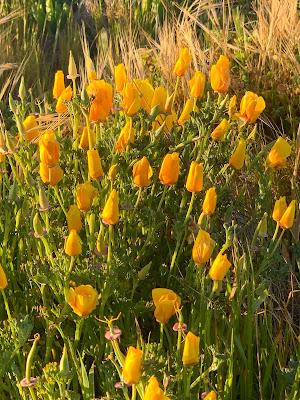 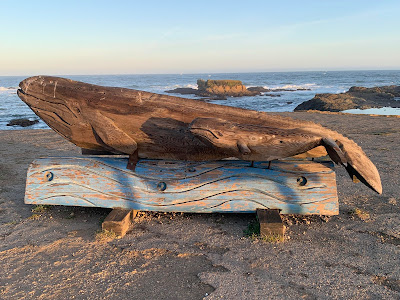