Emerging: Memory reminders of a journey

Ten plus years ago, during a Miksang photography workshop in Boulder, Diane Walker, an amazing photographer/artist/poet/blogger and gradually a friend, listened to my story and said:


Your cup is empty.

That's all it took. Tears started flowing and within days, this blog was created as a place to record the refilling of my cup. Over a thousand blog posts later it has become a surprising memory bank.

Every once in a while, the blog stats indicate someone has visited a post from years ago. I generally take the opportunity to re-read these old posts and have often found them to be surprising memory moments. 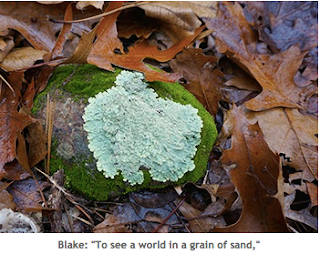 It Happened in Kingman, Arizona  -- when I saw that title, I was stumped. I've been through Kingman a lot but couldn't remember anything that had ever happened there. Turns out that in a Motel 6 that night, the direction of my life changed.

Missy and I were returning from Tennessee where she had been staying with family while I spent four months in Mexico. I thought we were on our way to a happily-ever-after rendezvous that would result in our moving to Las Cruces, NM. My optimistic nature had pushed all doubts completely out of the picture, leaving me in the hands of my planner: what did I need to do to move forward, to take the next step?

While I was in to do list mode, something  else took over.

Absolutely nothing happened during that Motel 6 night ... except a knowing. A recognition that all would be right. At the moment, I was "without home" ... much different than being homeless ... and in a puzzling relationship with an odd wall between now and what our expressed intentions were.

Suddenly, that was okay. As I wrote in the post, "the fever broke." All the unexpressed doubts, the confusion, and attempts to control the future just disappeared. The next morning we proceeded toward my sister-friend's house in the Sierra foothills. And, within a week, the confusion ... and the relationship ... were gone. I'm not sure that would have happened so easily and effortlessly if it hadn't been for that night in Kingman.

Thanks to the unknown visitor who triggered this memory of a forgotten turning point in my life.