It was Day of the Dead but I couldn’t decide how to spend it.
Should I stay home and have a nice quiet day or go out and see what was going on in the village?
I had already experienced Day of the Dead here last year. I knew what to expect: altars on the street, people in the cemetery beginning a day of honoring their ancestors, flowers everywhere. I was torn; wanting both, two things that couldn’t exist simultaneously.
Finally I tossed the coin, grabbed my camera and headed out, determined to at least vary the route between my house and the cemetery.

I seldom walk down Independencía even though it has always been a favorite. Immediately, I started seeing lovely signs, details and wall art I’d forgotten or never seen. 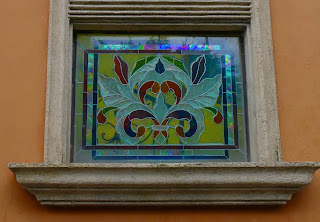 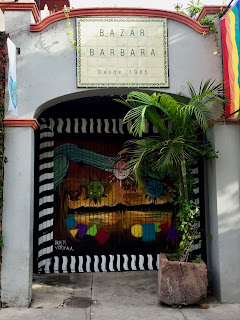 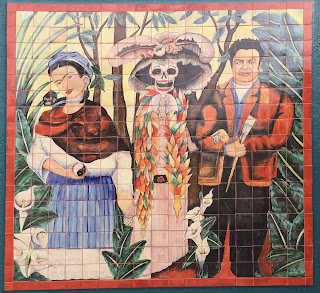 And, as soon as I turned onto Ocampo, I began to see altars on the street. And, while they are always similar, they are also always unique and compelling. I had never seen this "family tree" treatment. 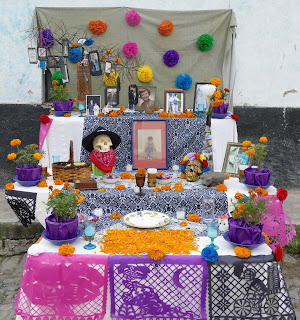 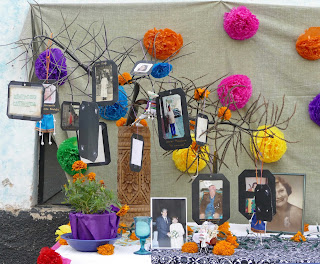 I love the bits of philosophy that show up on the walls. 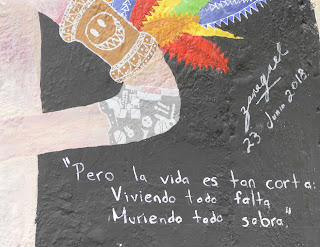 This one from the playwright Lope de Vega. Google Translate gave me a very unsatisfactory translation but Wikiquotes gave me this to ponder:

Finally, I arrived at the cemetery where everything was abuzz with activity. 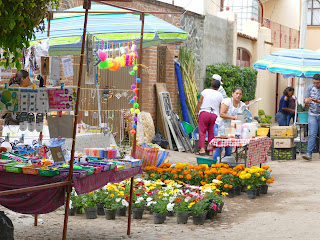 Walking into the cemetery, I noticed a huge pile of "trash" ... flowers and arrangements removed the day before on cleaning day. 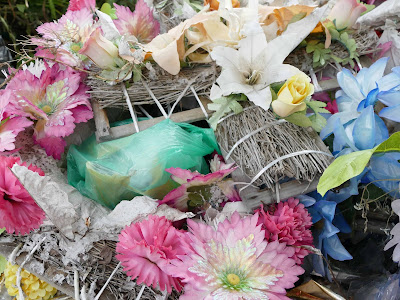 
As I walked the narrow paths through the graves, I looked for good "shots," trying not to interfere with the processes of others. 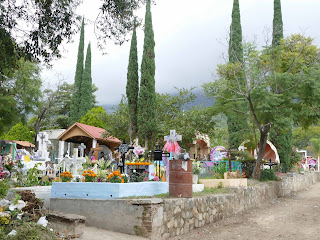 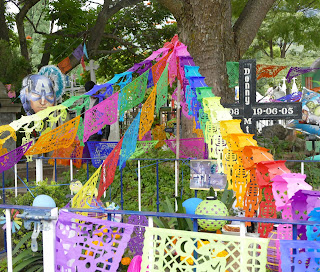 However, I soon noticed that some graves were bare, apparently forgotten. For some reason, that bothered me and I wondered why they were left behind. It didn't seem right in this place where there was so much attention and memory lavished on almost all the graves.

I went back to the trash pile and began to rescue flowers, most of which were still quite beautiful, and distribute them to the barren graves. In the process, I discovered the grave of a local writer, Dane Chandos and decided to read his books about early Ajijic. (See blog post here.) 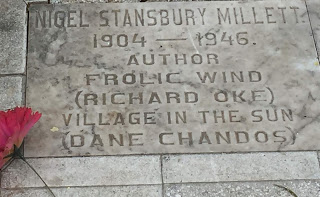 Later, during a conversation with the founder of a local writers' group, we decided to come back next year and honor him as one of our ancestors and replace his broken gravestone.

Somewhere along the line, I realized I was having an amazing day. That what looked like a coin-toss, was something else indeed. Taking the effort to go out to an unknown possibility showered me with joy and made me grateful to be alive.

The rest of the day was filled with altars on the plaza, sawdust paintings, giant Catrinas, visits with friends and a candle lighting at Ajijic's unique Wall of Skulls.


In total, an amazing day. I hope I remember this the next time I think I'm facing a "coin-toss" day. 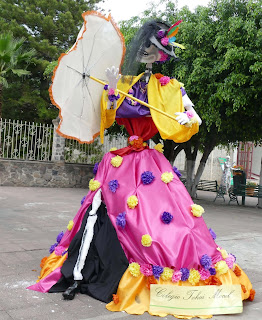 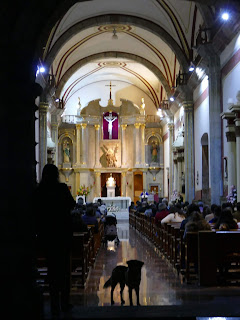 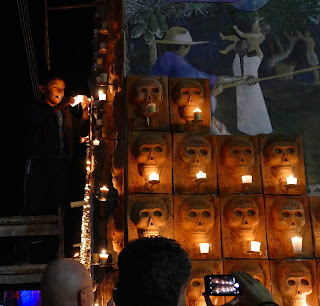