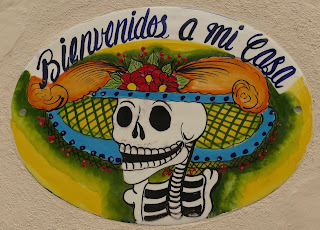 I confess. For thirty-some-odd years, I loved traveling in Mexico, which I would have described as a beautiful, colorful, happy country. However, it was always the backdrop to the vacations or workshops that were the main focus of my attention. I loved the food, the music, the laid-back, anything-goes feeling. The people I met during these trips were mainly waiters, hotel workers, or kind strangers who dug us out of deep sand, rescued our lost selves, or rebuilt broken car parts seemingly out of spit and sawdust. I "loved Mexico.” And, Mexicans.

It’s hard to admit how deeply into the “happy, carefree Mexican” stereotype I was. I knew Mexico's history was traumatic and that poverty was widespread, but I didn’t have an inkling of how narrow my understanding was until a few years ago when I was in San Cristóbal de las Casas. It was September, 2014, and I was walking through the Cathedral plaza, loud speakers blaring words I didn’t understand and a gathering crowd of a thousand or more. I had no idea what was going on. However, as I moved through the crowds, I was suddenly hit with a feeling of overwhelming sadness. 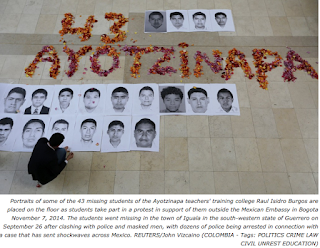 The feeling was so strong I started looking around, trying to figure out what was happening. I noticed large photos of young men on the ground, arranged like a quilt. Children were placing flowers and candles on the photos. Something was terribly wrong. I finally found a woman who could explain that 43 students had recently been kidnapped and no one knew if they were dead or alive.*

Over the next few months, I wound up in several demonstrations about “the 43,” talked about it as much as possible with the Mexican husband of a friend, and read all I could. Mexico's history … and it’s present … opened up a sliver of understanding about this incredible country, traumatized for at least 400 years, and the complex culture of generosity in the face of poverty, kindness to strangers while trusting only family, open skepticism of government, and defiant celebration of life and joy in a world that mainly offered pain, suffering and death. 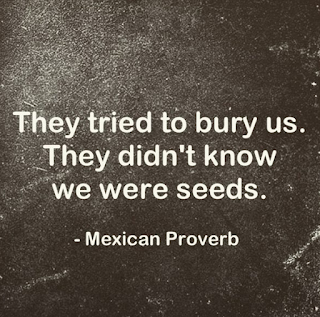 Where moments of life and joy are restricted,
Music, dance, food and festivals enhance those precious moments.

Slowly, it becomes more clear why family is everything in Mexico. For centuries, family has been the heart of the culture while trauma, abuse and death have been constant external forces. It is no wonder why music, dancing, food and festivals are such a huge part of this culture. My view on this is that the Mexican people have never been able to take life or joy for granted, so they celebrate as often as possible.

Gradually, as I explore the country, less as a vacationer and more as someone trying to understand this intriguing and confusing culture, I keep running into the deep vein of abuse of wealth over poverty. Mexico is a rich country and from the first days of the early 1500’s, Spain exploited the wealth of Mexico, stripping gold and silver from its hills and life from the miners who brought it up from the depth.

The Zacatecas Cathedral (Cathedral of Our Lady of the Assumption of Zacatecas) is one of the most beautiful in the world The ornately carved, Baroque style is termed Churrigueresque, named for its architect and sculptor Jose Benito de Churriguera (1650-1725).
This style is kindly called “lavish” and not-so-kindly described as "over-the-top.” Many references state that the building of the Cathedral was funded by and built as a temple worthy of the "aristocrats of silver."
After touring Mina El Eden where we learned that miners never saw the light of day as they worked 16 hours a day for barely enough to eat, went to work when they were 8, and died at the rate of 9 or 10 a day, it is clear that it was the miners and their families who built that cathedral. I have seen no sign that their contribution to it is honored.

Slowly, it becomes more clear why family is everything in Mexico. For centuries, family has been the heart of the culture while trauma, abuse and death have been constant external forces. It is no wonder why music, dancing, food and festivals are such a huge part of this culture. My view on this is that they’ve never been able to take life or joy for granted so they celebrate as often as possible.

My stereotypes go even deeper

However, my stereotypical view of Mexicans went even deeper than not understanding their relationship to authority, both church and state, and their culture of celebration which results in loud, exuberant music, startling rockets and firecrackers, and a deep acceptance of middle-of-the-night crowing roosters and barking dogs. My view of their art has always focused on Frida Kahlo, the muralists Rivera, Orozco, and Siqueiros, and the vibrantly exciting street art and murals found in many of the cities I’ve visited.

That preconception was blown apart by visiting Pedro Coronel’s museum in Zacatecas. Housed in a Jesuit convent built in the early 1600s, it was used as a college, hospital, barracks, and prison before being converted in 1983 to a museum to exhibit the art collection of painter and sculptor, Pedro Coronel, who apparently bartered his own paintings to build his extensive collection and said, "Pedro Coronel said: "Little by little I was acquiring the pieces that had the most meaning for me and I formed my own idea of beauty.”

Walking through the mind of a genius.

I’ve visited many great art museums but this one knocked me sidewise because it was like walking through the mind of a genius. One man with an artistic scope that ranged from ancient Mexico, Japan, Greece, and Africa to dozens of modern artists such as Goya, Miro, Picasso, Chagall, Giacometti and dozens of others. 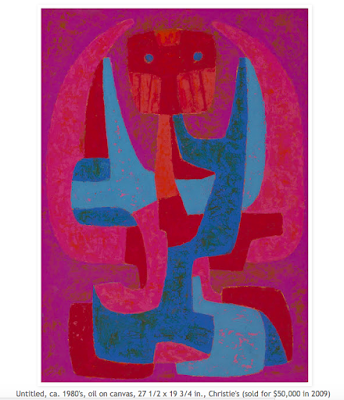 Standing posters share his thoughts about art, beauty, psychology. As I walked deeper and deeper into this tangible brain, I felt my perceptions sputtering like sparklers at the end of their lives. I had expected so little and was being flooded by so much. Suddenly I recognized that my perceptions of Mexican art and artists had been blown to bits.

Whoever Pedro Coronel was, his vision, curiosity, and talent were immense. I wanted to know more and immediately made arrangements to come back in a month for permitted study, which will allow me to take pictures and document more of Pedro Coronel’s art and thoughts.
More of his paintings here.
* Postscript: The story of "the 43" that slowly came out was that a woman with connections to a cartel and political ambitions had had the students kidnapped because they threatened to disrupt a political speech she was planning to make. The government investigation released a report that did not jive with the investigations of others.

On June 5, 2018, The New York Times reported: A federal court in Mexico ordered the government on Monday to investigate the 2014 disappearances of 43 college students again, but this time under the supervision of a truth commission to be led by the nation’s top human rights body and parents of the victims.
Posted by Joyce Wycoff at 11:04 AM