Some experiences pull you in two different directions, leaving you befuddled as to whether you should sign up for another round or cross it off the list with a fat, black marker.

Two days in Guatemala left me in that befuddled state. There is something magically colorful and compelling about Guatemala, especially Lake Atitlan which rightfully deserves it’s billing as one of the world’s most beautiful lakes and best climates.

The land around the lake is a national park and other than the transportation launchas and the paddled skiffs of fishermen, there are few boats. The lake should be pristine, however, in the late 1950s, a well-meaning person stocked the lake with black bass in order to create more angler interest. The newcomers promptly wiped out most of the local fish and at least one rare bird. The lake is still beautiful but it is questionable as to whether it is safe to swim there … a challenge for me because that wonderfully warm and clear water called to me.

Three spectacular volcanoes dominate the southern lake landscape and the highlight of our trip was canoeing on the glassy lake just before and during sunrise. The lake was quiet, blanketed with a mist, and empty save for a few fishermen paddling their skiffs around the lake, tossing their nets, checking their lines.


Several Mayan villages dot the rim of the lake … each with its own culture and style, ranging from serious art and textiles on San Juan, to yoga, meditation and all things Eastern on San Marcos, to Santiago, home of the         most aggressive of the tourist markets and Maximom, perhaps the most unique of all the “saints."


Visiting Maximom The tuk tuk driver stops in front of a cement block building with a narrow open doorway and indicates that we are “here” … at Maximom, the smoking saint’s, house. We weave our way through a bevy of young children and old dogs, broken toys and scattered food. Hesitantly we step into a dim room where we see candles burning on the floor and hear chanting. Trying to make sense of what’s going on, we see three men sitting on chairs on one side of the candles and two men and a woman kneeling on the floor on the other side of the candles. One of the kneeling men is chanting and the woman is obviously praying while the third man sits with his head bowed and a colorful piece of cloth or plastic attached to his hat.

One of the men indicates that we should pass behind the kneeling people and that we can take photos. As we adjust our position, we notice Maximom, who appears to be a statue with a cigarette in his mouth. We learn later that Maximom is too powerful to see his face so he wears a mask. Apparently two of the seated men are there to attend to Maximom’s comfort, keeping his cigarette lit and the ashes caught, and one is a shaman. We are also told that the man in the cowboy hat is sick and so this is a healing ceremony.

We watch for a few minutes and then begin to feel out of place and intrusive so we pay our tribute and wind our way back out, through the kids and dogs and back into our tuk tuk.

There are so many charming things about this part of Guatemala … the tuk tuks (small, 3-wheel taxis), the launchas that provide the main form of transportation between the villages, the Chicken buses, refugees from the American school bus system, wholly transformed into a visual and chaotic world of their own, the colorful textiles, the women balancing huge baskets on their heads, the men in their own stylized dress.

However, this is also a distressed land, not only by the poverty that comes with centuries of oppression of the Mayan people but also the stress of volcanic activity, earthquakes, hurricanes, mud slides and the tidal wave of tourism that brings needed capital but also the demands of foreign visitors who want to see strange new sites while also having their daily lattes and pizzas. Cokes are no problem since the marketing arm of Coke seems to have embraced all of Latin America. I even saw women pouring Coke on graves during the Day of the Dead celebrations.

There is great beauty here and deep seated poverty. Everyone we met was friendly, eager to talk and many of them were fluent or passably fluent in English. One morning I went out early and caught many signs of how hard people work, reconstructing their shops and moveable businesses every single day. 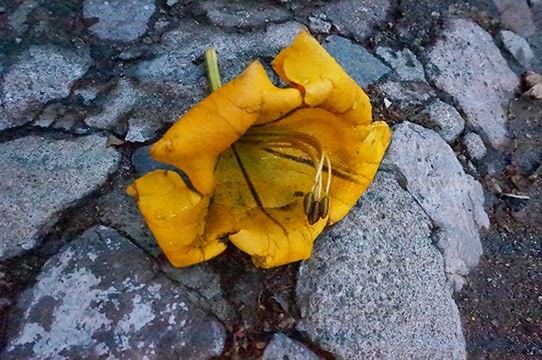