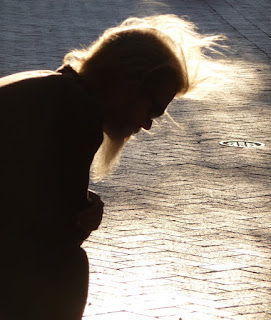 Of course, that still doesn't explain why we've been thrown into a world that guarantees that we will be wounded but does not guarantee that we will be healed.  Maybe we've chosen to come to this theme park where we can either ride the roller coaster screaming and shouting in fear all the way until we stagger off rubber-legged and delighted, or walk about as an amused but unengaged sightseer until the park closes and we go home to sleep.
Posted by Joyce Wycoff at 8:54 AM