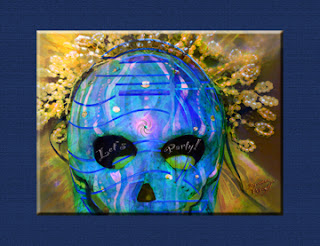 Like most people, I don't remember the majority of my dreams, but, every once in awhile, one comes along that breaks through the fog.

Last night, in my dream, I am sitting in my car when I see a young man approaching me.  He is dark-haired, clean cut, normal looking.  He walks up to the passenger side window, which is down, and I realize something is not right.  I am trying to think what to do when he pulls out a gun and shoots me in the forehead.  I know I am dead and everything goes black.

Of course, when we have dramatic dreams such as that one, it's a little unsettling so off I went to see what I could find online where I found a relevant post on Huffingtonpost by Jeffrey Sumber, M.A., M.T.S., L.C.P.C., a psychotherapist and author in Chicago,

The article states:  "dreams about death often indicate "the symbolic ending of something, whether that's a phase, a job or a relationship." He suggests that a dream about death can also indicate attempts to resolve anxiety or anger directed toward the self. "It does not, however, suggest that [a person] will actually die imminently," Sumber notes.

The article further states, "People who have dreams about death tend to be those who are entering or exiting an uncertain phase or period in their life. It could be a potentially life-changing event that creates anxiety and fear of the unknown."

Dreammoods.com's dream dictionary states: "To dream that you die in your dream symbolizes inner changes, transformation, self-discovery and positive development that is happening within you or your life. You are undergoing a transitional phase and are becoming more enlightened or spiritual. Although such a dream may bring about feelings of fear and anxiety, it is no cause for alarm as it is often considered a positive symbol.  Dreams of experiencing your own death usually means that big changes are ahead for you. You are moving on to new beginnings and leaving the past behind. These changes does not necessarily imply a negative turn of events. Metaphorically, dying can be seen as an end or a termination to your old ways and habits. So, dying does not always mean a physical death, but an ending of something."

Both seem appropriate since I just went through a rather intense process of deciding whether or not to get involved in a new project. (I didn't.) And, I'm still grappling with the question of whether or not to move to the central coast.  But what I thought was also telling about the dream was that the fatal shot was to my head.  I really have been trying to apply logic to my decision process and think through the pros and cons.  Maybe the dream was nudging me to focus more on what I want, what will bring me joy, rather than the options that make "sense."

Of course, if you hear that I've been shot by a nice looking young man, remember I saw it in a dream before it happened.

About this image:  Let's Party!

Maybe death is on my mind ... I just finished this painting inspired by a photo I took of a painted skull done by Judy DeRosa, who always inspires me.
Posted by Joyce Wycoff at 10:35 PM