The Story of We 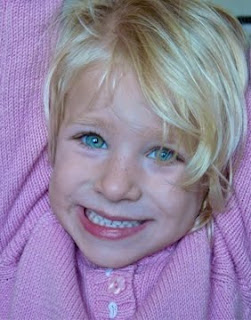 Yesterday I had an experience that reminded me of something I wrote several years ago. Here it is ...

The Story of We

However, a strange thing began to happen.
Every time the We's went out to play,
they would find someone
they thought was a We
but who turned out to be a They.

At the same time on the other side of the land,
another strange thing
was happening with the They's.
One day, the They's woke up and saw themselves
as good, pure and predictable.
"We're good! they shouted. We’re pure!"
"We're We's!" they proclaimed.

Each day the We's discovered
more They's in their midst and
quickly sent them away also.
Until one day …
there was only one We (Me)
and all of the They's (Them).
And, once again,
there was no one left for the Me to play with.

So he ran off to join the fun and
he may be there still
in that magical land of Me’s where
no one worries about who’s a We
or who’s a They.
And no Me is ever lonely
when he wants to play.

About the image: This is my granddaughter Reyna, age 4.
Posted by Joyce Wycoff at 8:09 AM