Workampers and a broken security net

I love entrepreneurship: people who see a possibility that fills a need and then build a business around it, creating jobs and opportunities for others.

Because of this life-long fascination with entrepreneurship, my ears perked up when I heard a story about a guy who wrote a business plan for a new idea as his wife drove them cross country to their new home on the west coast. It was an outrageous idea made feasible by a growing web of technology combined with financial and transportation systems all geared to deliver convenience in an ever more fast-paced world.

From the beginning, this entrepreneur was a big thinker. Struck by the incredible growth of the internet in the mid 90s, he imagined the largest river on the planet as he set forth to build the largest bookstore in the world: amazon.com.

To most it made no sense. The very word store conjured up a confined space with shelves, doors and cash registers, and everyone knew bookstores were gathering places filled with low margin products bought with tiny slices of disposable income.
How could this invisible river of books ever make a profit? For several years, it didn’t, only turning a tiny profit after sales skipped past the billion dollar mark. After that, though, it became the river that flooded the world, changing the way we buy everything and offering shopping convenience that is closing retail malls across America.


However, behind this tidal wave of instant gratification,
hairline cracks began to appear.
And, that’s where and when
the second part of this story begins.

One of the books on Amazon’s own digital shelves is Nomadland: Surviving America in the Twenty-First Century by Jessica Bruder. It is one of the books chosen for 2020 by Nevada Reads, a state-wide bookclub, and will be released as a movie later this year. 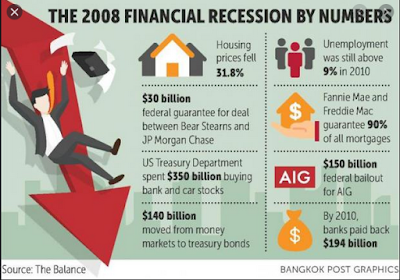 Most of us remember the time span called 2008, also known as the Great Recession. We talk about that period in hushed tones of lost jobs, foreclosed homes, bankruptcies, lost savings, and financial chaos. For the fortunate ones who managed to hold onto the four key elements of life: jobs-homes-health-marriage, it was “back then,” the past, a survived brush with danger. For others, many others, it was a freefall through the safety net.

Many of those freefallers were seniors … people in their 50s 60s 70s and 80s … who took to the roads in their cars, vans, and rusty RVs. They became a barely visible wave of “houseless” migrant workers reminiscent of the Okies of the 30s, often with only a minimal Social Security check standing between them and total destitution and homelessness.


From a review By Timothy R. Smith, Special To The Washington Post

Seventeen years into the 21st century, the news for the middle class is bleak. As one expert puts it in the book, the “three-legged stool” of retirement security — Social Security, private pensions and personal savings — has given way to “a pogo stick,” with Social Security as the single “wobbly” leg. As the election made clear, the erosion of factory work is taking its toll on many Americans. These days, many decent jobs are in cities with absurdly high rents.

Nomadland tells the story of this largely invisible segment of our society … too poor for standard housing … too proud to be homeless. They have become “workampers” following the call of seasonal jobs: park camp hosts, oil fields, amusement parks, sugar beet fields, or, coming back to our story, the warehouse meccas of next day delivery.
Amazon has a marketing outreach to the world of workampers called:

It’s website invites “enthusiastic RV’ers" to choose from seasonal assignments involving "picking, packing, stowing, and receiving.” CamperForce advertises “the chance to build lasting relationships with your coworkers” although the micro-managed schedule involves walking up to 15 miles a day and, as one person in the book said, “about a thousand squats a day.” All for $11 - !2 per hour (as of 2017).

Gradually, as I read this book, it seemed as if the workamper day could be described as: Arrive. Take Tylenol. Walk-bend-squat for 12 hours minus two 15-minute breaks and 30 minutes for lunch. Go home. Take Tylenol. Fall into bed. Repeat. I’m not sure where they find time to build "lasting relationships."

The majority of workampers are women who typically have significantly lower Social Security checks because of motherhood and the gender pay gap. The main character in Nomadland is Linda May, at the time, a 64-year-old grandmother with a history of interesting but lower paid jobs and a SS check in the neighborhood of $600. She is living in a tiny trailer she calls “Squeeze Inn.” As her children were having their own problems maintaining standard housing and she didn’t want to further burden them, she set out on the hard road of being a migrant workamper. Her first tour with Amazon left her with a wrist stress injury from hours of using a hand scanner.

Three years and many seasonal gigs later, Linda still has a dream: she wants to build her own, self-contained earthship in the desert. As the book ends, she has found her piece of dirt and, using her savings from her last tour at Amazon, she has started clearing the land. However, the “check engine” light is showing on her Jeep.

Nomadland is a distressing book, but it is also a book about the creativity and resilience of the human spirit. It was compelling to me on many levels. Two of the seasonal job sites mentioned were places I identified with … one close to Reno where I am now and one in Coffeyville, Kansas, where I grew up.

It also sparked memories of my own 2008 when the work I was doing as a consultant in the field of innovation suddenly disappeared as companies scrambled to survive. Around the same time, my husband died and the loss of his income threw me into the financial abyss. Since then, I’ve had a series of downsizings, some relatively optional but all focused on making ends meet in a more and more difficult housing market.

However, I’m one of the lucky ones. I've wound up in a stable and affordable micro home with a doable SS income. I keep thinking, though, about Linda May and the other women I met through Nomadland, women who live in a tiny space, subject to freezing temperatures (or blazing heat), stretching a budget that barely covers food, walking for long hours on the concrete floors of an Amazon warehouse, or cleaning campground toilets, or bent over picking strawberries. My heart goes out to them.

This book made my recognize my own anxiety and fears, as well as theirs. Fear that comes with living in an aging body and the constant possibility of financial disaster in a society whose safety net has already been broken. For me, all of this is an occasional worry; for them, it is every day, as close as a “check engine” light, a wrist injury, or an empty cupboard before the next check.

There are no villains in this story. Since the book came out, Amazon has raised its minimum wage to $15/hour. Right now, it needs its workampers. However, it also has over 200,000 warehouse robots. Will they eliminate this “opportunity” for seasonal workers?

The current administration is talking about reducing Social Security. For many of us that might mean tightening the belt a bit. For workampers, it could be a death knell ... literally.

Interview with author: The Rough Lives Of Older Americans In ‘Nomadland'