Late into the night we queue ... 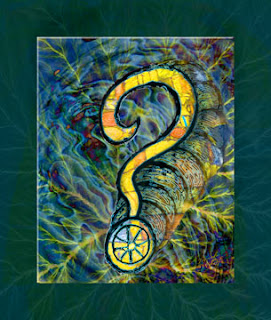 Perhaps it was coincidence.

Maybe the two-hour passport-checking process was just a fluke, bad timing, a one-off. Surely, all the empty agent booths were an unplanned happenstance.

Everything else was on time. The plane arrived even a bit early. The luggage could be seen circling the carousel, waiting for owners. It seemed like a normal night and a normal flight with only the last step somehow gone awry.

Two hundred people quietly, tamely moved through the winding maze. No one complained, at least out loud. No one demanded better service. We simply funneled like sheep through the gates of power.
Nothing dramatic occurred. The customs agents were polite and, presumably, efficient, just doing their jobs.

Surely, it had nothing to do with being a late night flight from Mexico.


Surely, it was just one of those things: an on-time, scheduled flight being met with inadequate resources.

Surely.
Posted by Joyce Wycoff at 8:54 AM